Cities of Pikalyovo and Sokol at night.

Darkness evens out everything. All detail disappears leaving only a glimpse of its existence. All parts of the visible world become equations, where the denominator is darkness.  Divide everything that you see and recognize, by night. The night is inescapable. Darkness comes to the capital city and to the little towns of the falling asleep country. In order to understand the urban space of the province, take a night walk — of course, only if it’s not frightening. The silence and the appearance of the beauty without extraneous detail perfectly compensate the absence of nightlife. The city at night exists as time has made it, and sometimes in the darkness, it is possible to distinguish its primeval expression. In this way, the city of Sokol remains wooden as in the 1930s with two-story condominiums stretching by the river. At night it seems that it was not built but that it grew by itself, like the forest burgeoning around it. The city is a natural phenomenon.  And Pikalevo, on the contrary, with its imperial house of culture and at times, post-Stalin houses, is a call to the expanse. Its precisely etched streets are like a map or a plan of a new world, which was never actualized. 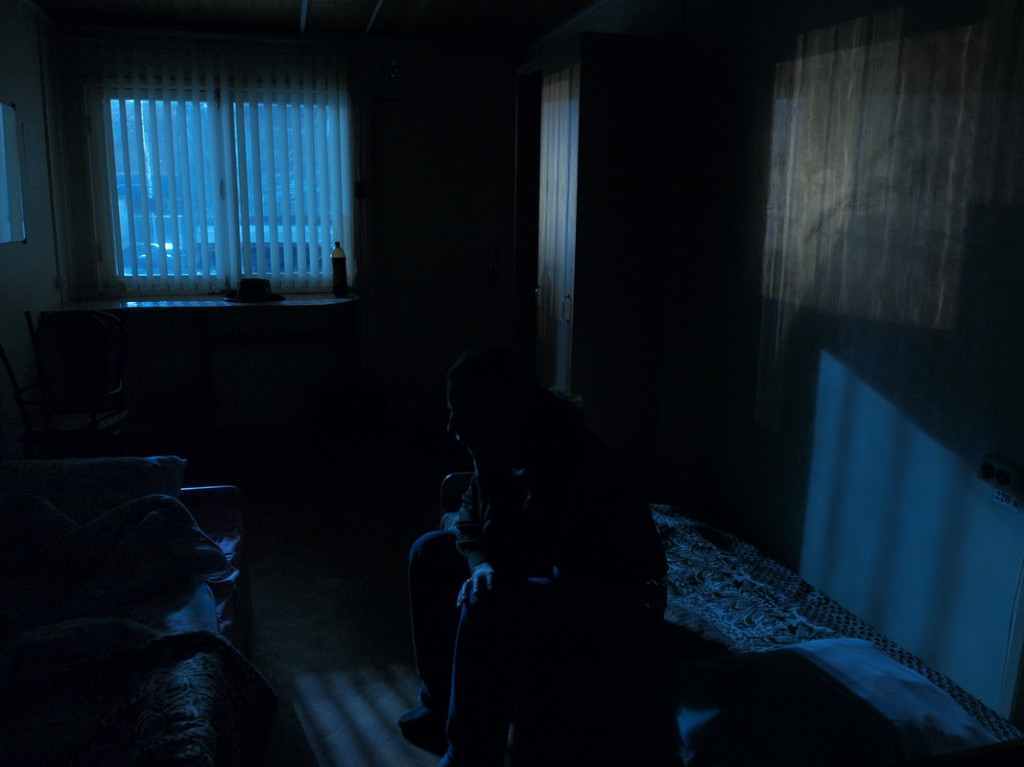 And, of course, here exist the ubiquitous khruschevkas, which make all cities uniform across Russia, or as they say proudly implying of its great geography, “from Vladivostok to Kaliningrad”.  I myself have lived in one, 4,000 km. from Sokol and Pikalevo. Even the central streets seem to be peripheral. Everything in the halo of light unnerves and unsettles. At night, it’s difficult to see but easier to understand. You feel the measure of your own size in relation to this dark infinite expanse.  It turns out that you are still a child in a vast, unknown world. A child — even if you have grey hairs. What is that shadow by the corner? A person is small, fragile, lonely. This is why the gleaming windows — behind which strangers live their unknown lives — worry us. And somewhere — one wants to hope — there exist your own people with whom you can survive the night. At night, the space of the city is no longer felt through the filters of your personal contact with its citizens. The benevolent and the somber — whether acquaintances or strangers — they do not exist. There is no one. Especially in winter. Only the houses, the trees, and the luster of the lamps. Nothing personal, nothing nonessential. 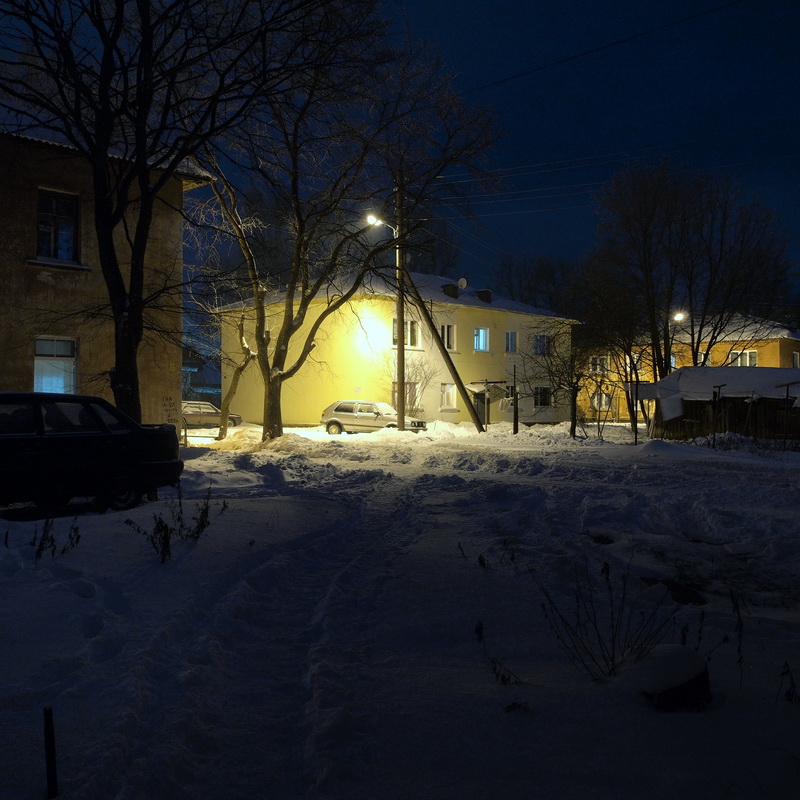 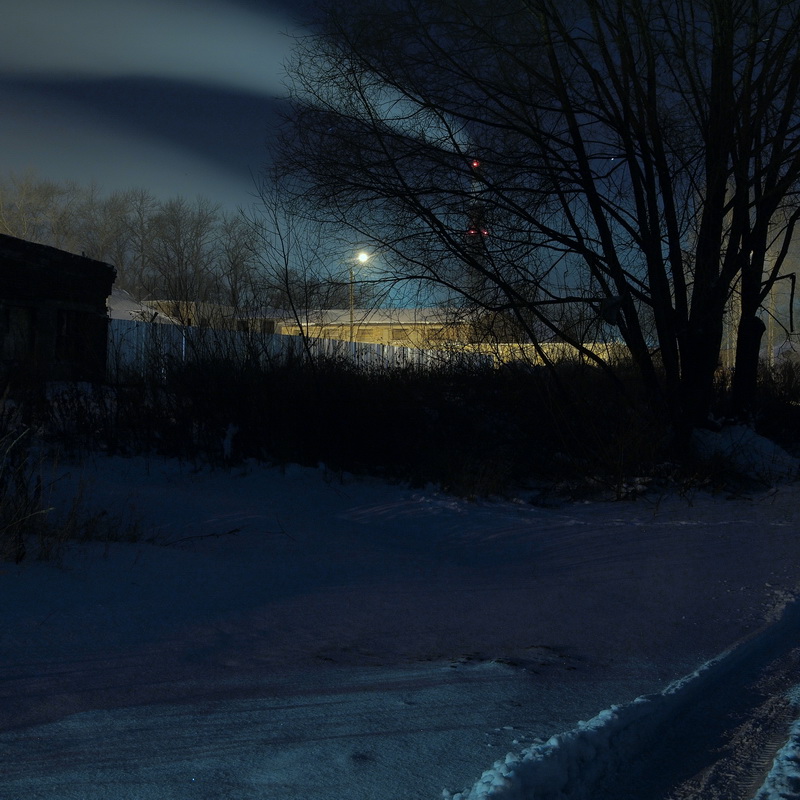 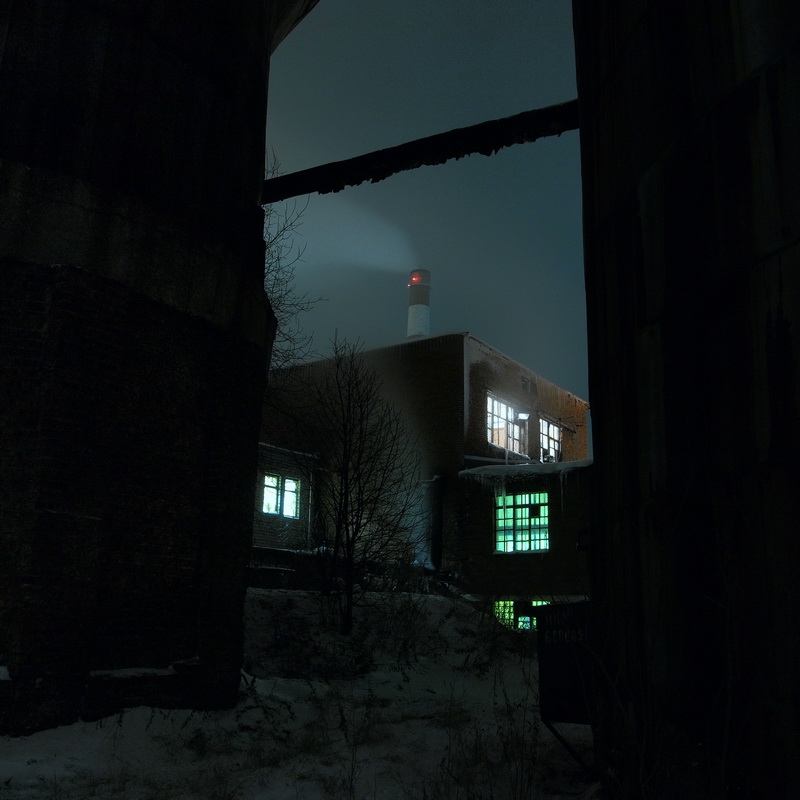 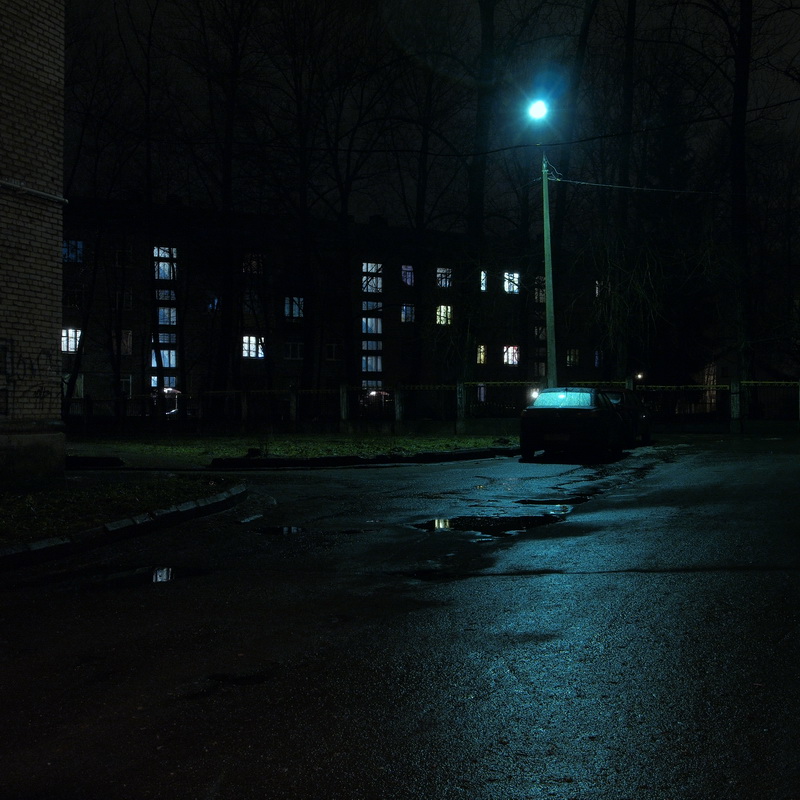 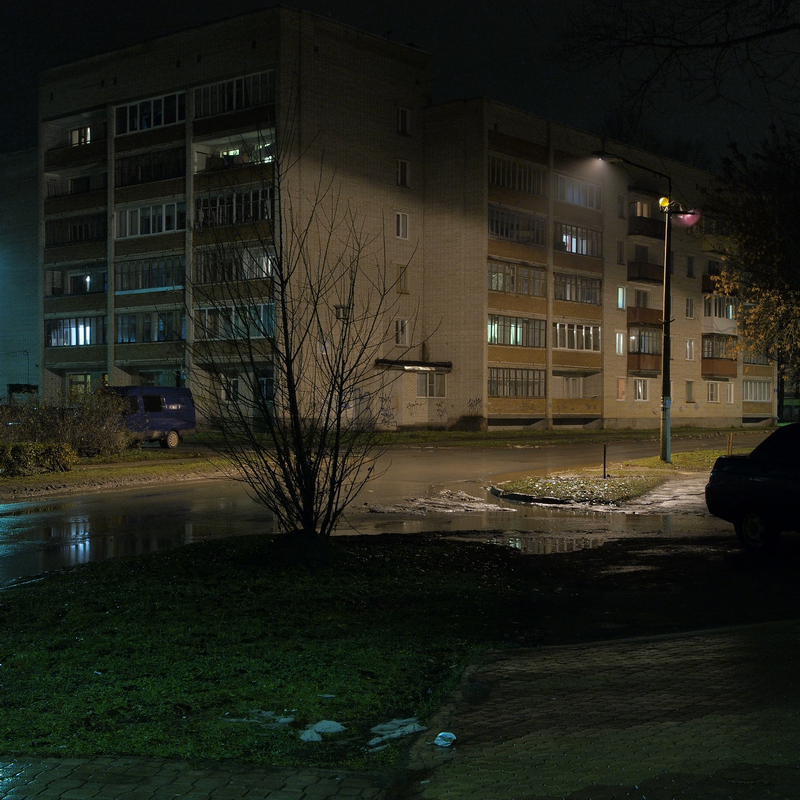 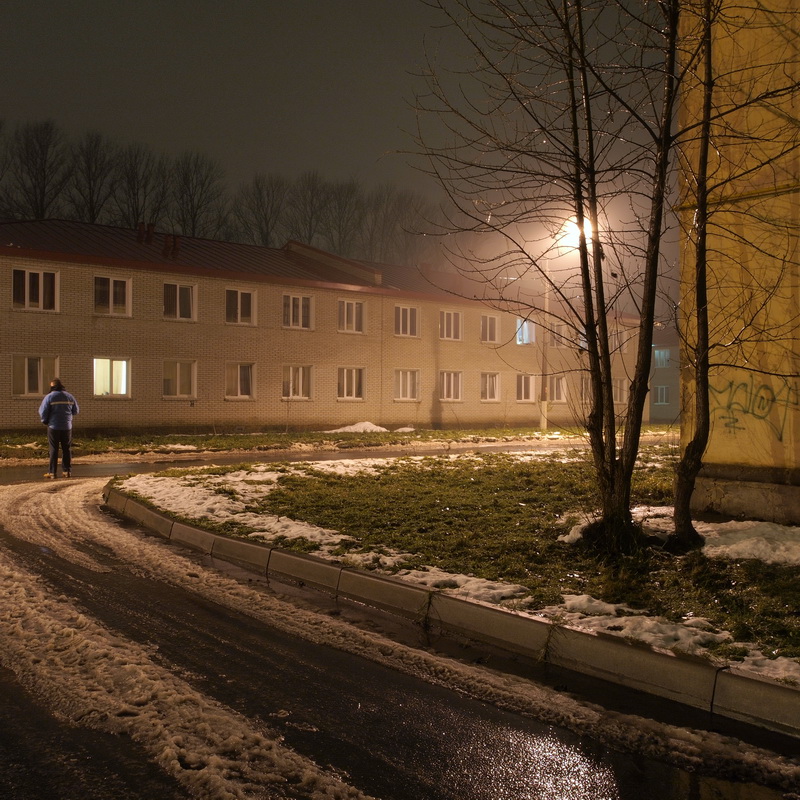 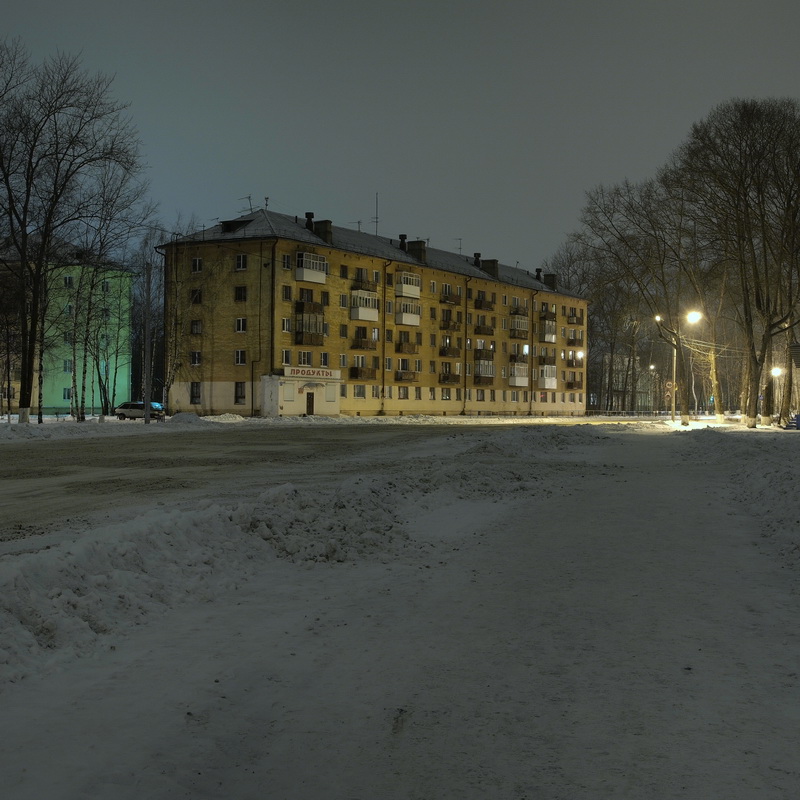 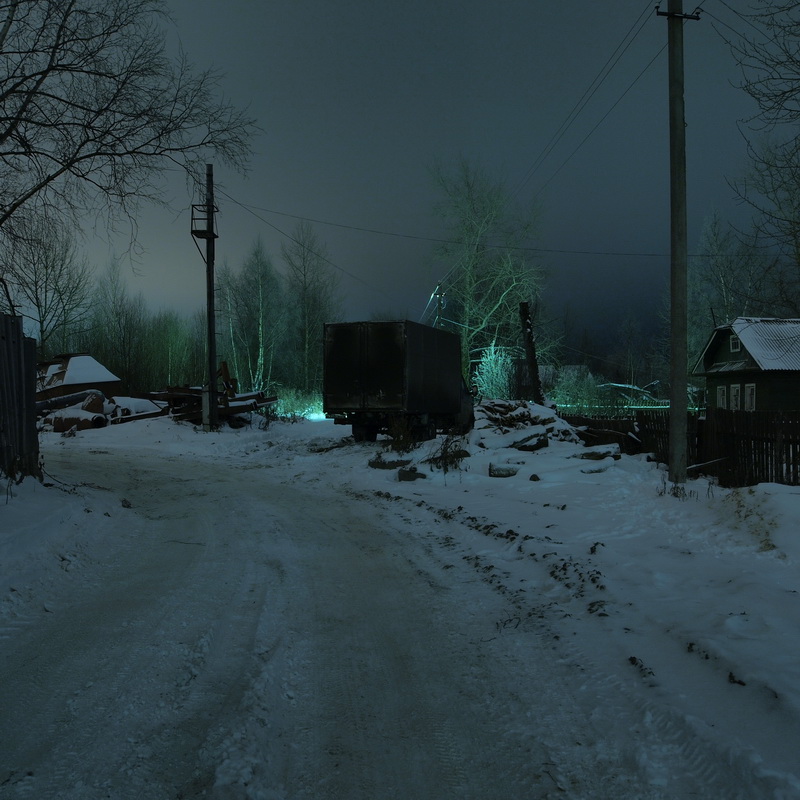 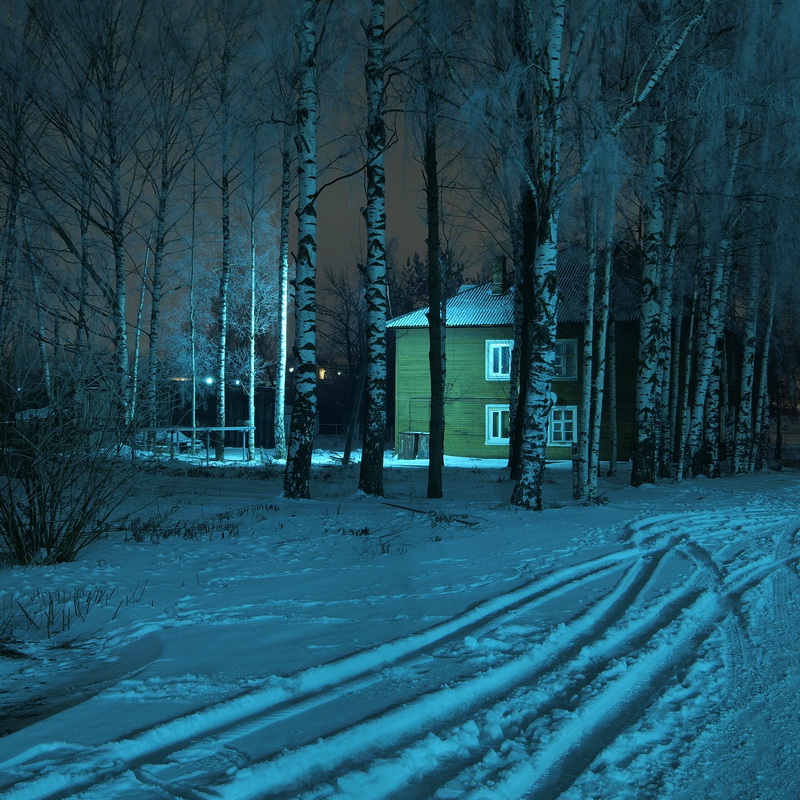