The home-town, the winter and the broken nose.

If you  heard the anthem of Glazov a town where I was raised, you would probably be surprised – there is neither fanfare nor choir in it. Just a plain arrangement and some very simple lyrics about a “white bird flying over the water”.

‘This anthem is somewhat odd…’, you will say.

‘It’s unofficial’, I will answer.

At this point my reaction as a Glazovite must be flushing. “Not being real” is the birth trauma of the whole town. Korolenko, an exiled writer, applied this epithet to Glazov once and, as it often happens to, sadly, mostly uncharitable names, it caught on. Now the teachers’ college I graduated long ago is named for Vladimir Korolenko, and the local historians along with all the concerned citizens are looking for the “realness”. 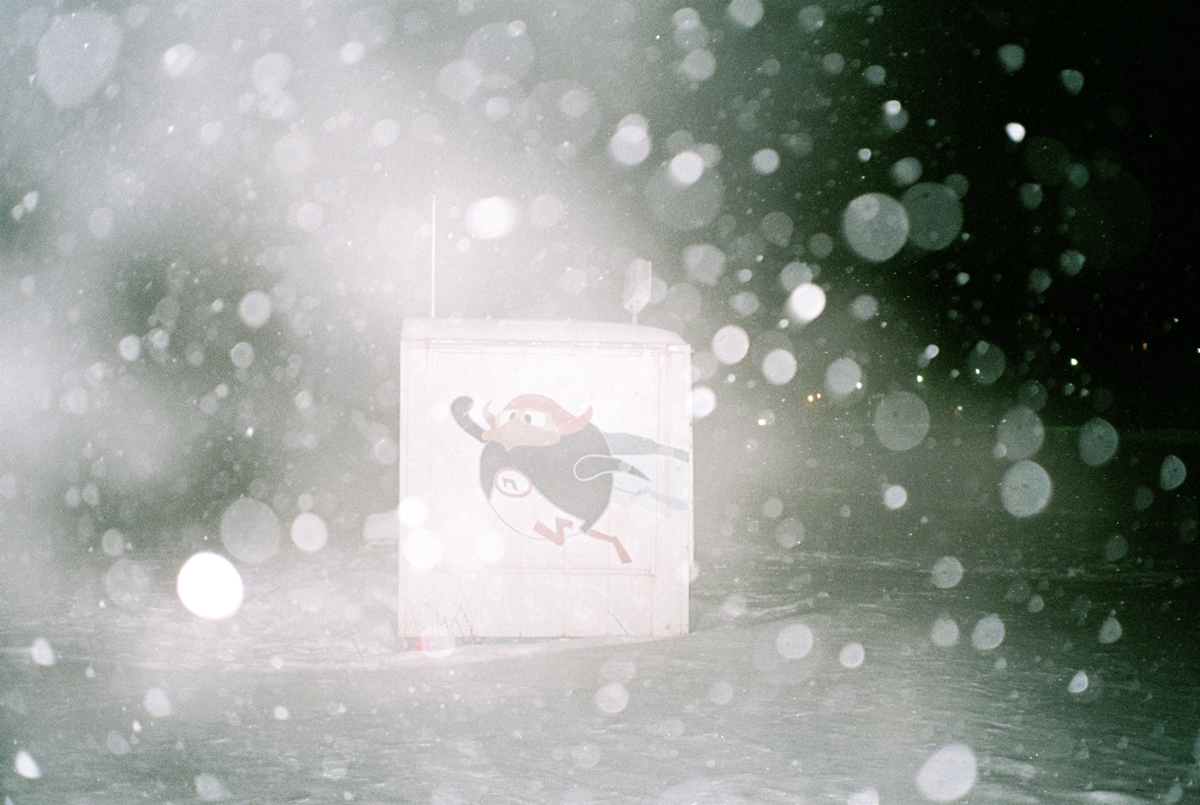 Just like real, the “Passage” mall with its glass dome, its floors polished slippery and a fountain standing in the centre, is located right at the spot where I tried smoking for the first time in my life.

Just like real, there is a newly-built red brick cathedral with a dour young priest where the Cathedral of the Transfiguration had been standing before being blown up in nineteen sixty-two. And a stele and the eternal light on the cathedral square.

Just like real, a plane, a helicopter and an air defense missile by the shooting range at the local army, aviation and navy support NGO. Slowly corroding on their metallic pedestals.

Putting the “just like” aside, there is not much “real” left. Well, there is the plant where gargantuan apples weigh down branches of the apple trees growing near the uranium department, and the armor-plated doors of the abandoned bombshelter right behind the plant administration, left wide open, no graffiti inside. 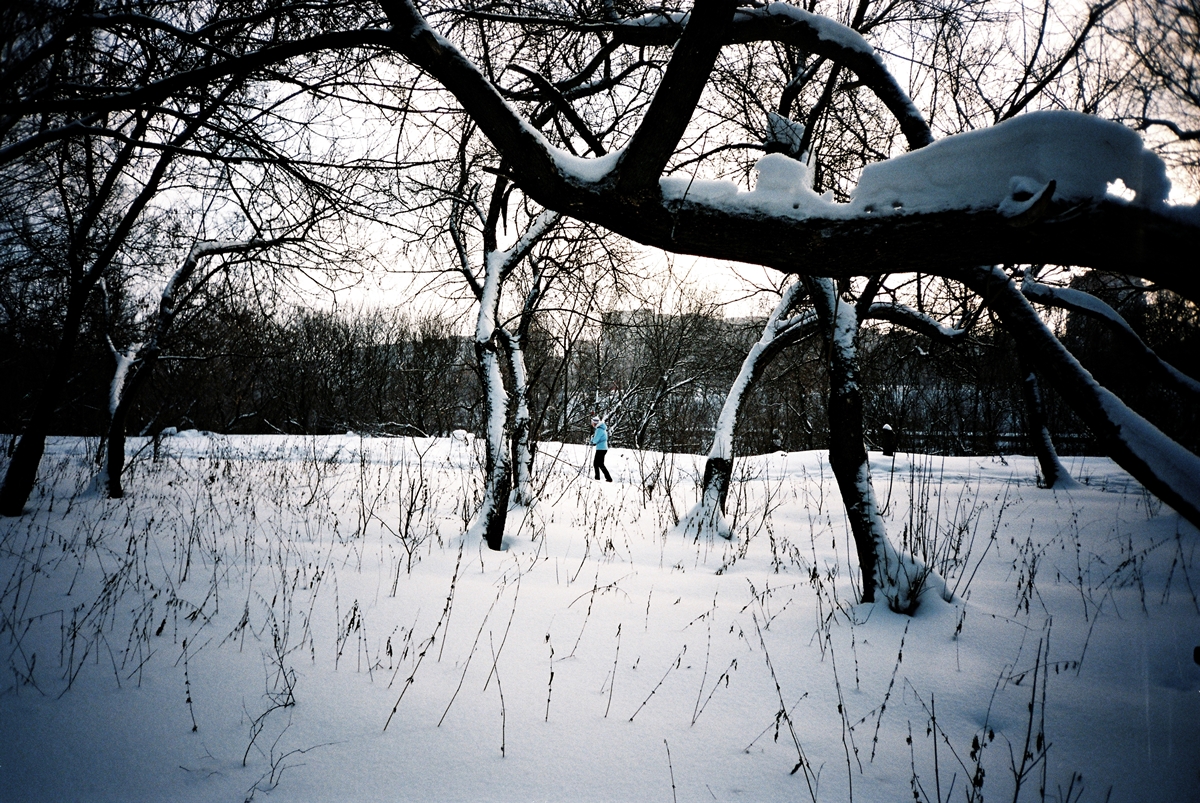 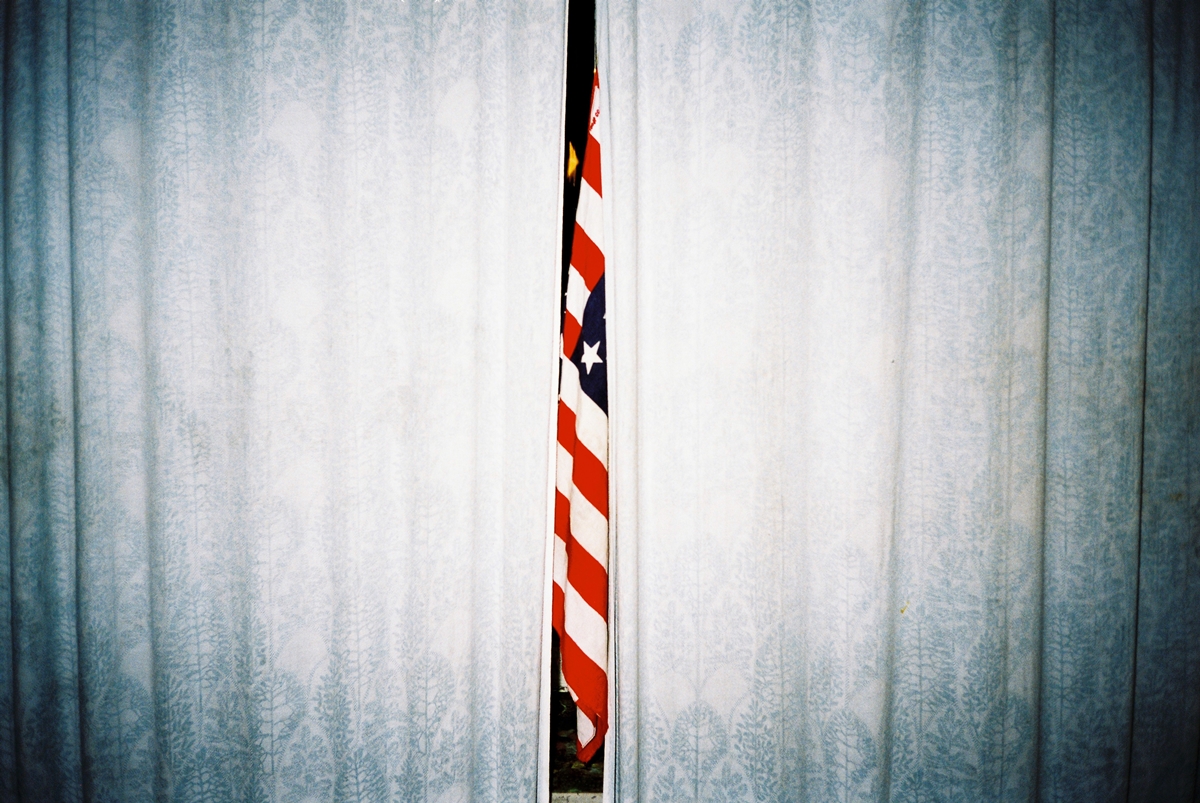 And that’s it. Weird. There are local newspapers, radio stations, a TV channel. Sixteen schools. Three art schools. Two colleges. A couple of museums. There is all of this, but the “realness” is missing.

Since school times I remember Korolenko, Zhukovsky, “the Decembrists” and somebody else, I probably must remember whom, but I’ve forgotten. All those people from the “big” history that happened to pay a drive-by visit to the town. 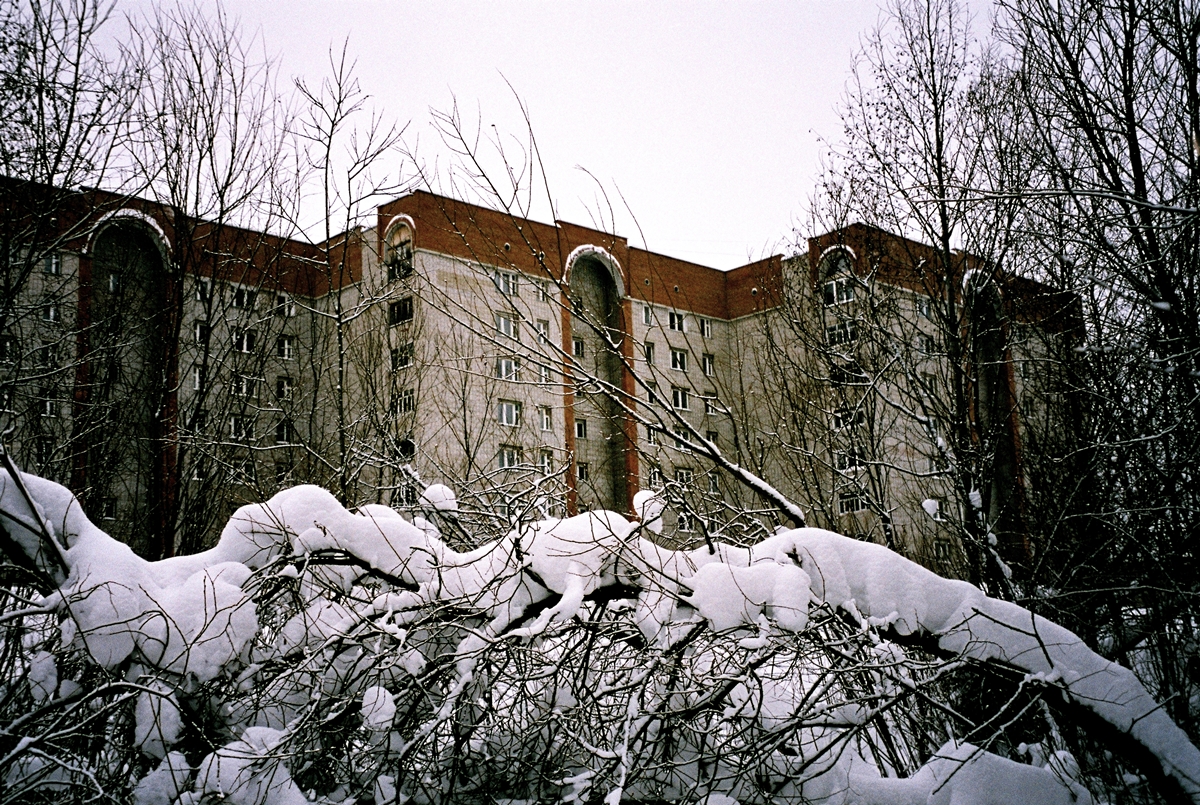 Or rather, a “walk-by” one – as suggested by the Siberian street located where the Siberian tract (prisoners walked to penal servitude there during Tzar times) had been before. A same-name bar where the perennial classic – 200 ml of vodka and a helping of pelmeni – cost more than cheap (or maybe “less than cheap” is better), was pulled down a few years ago. 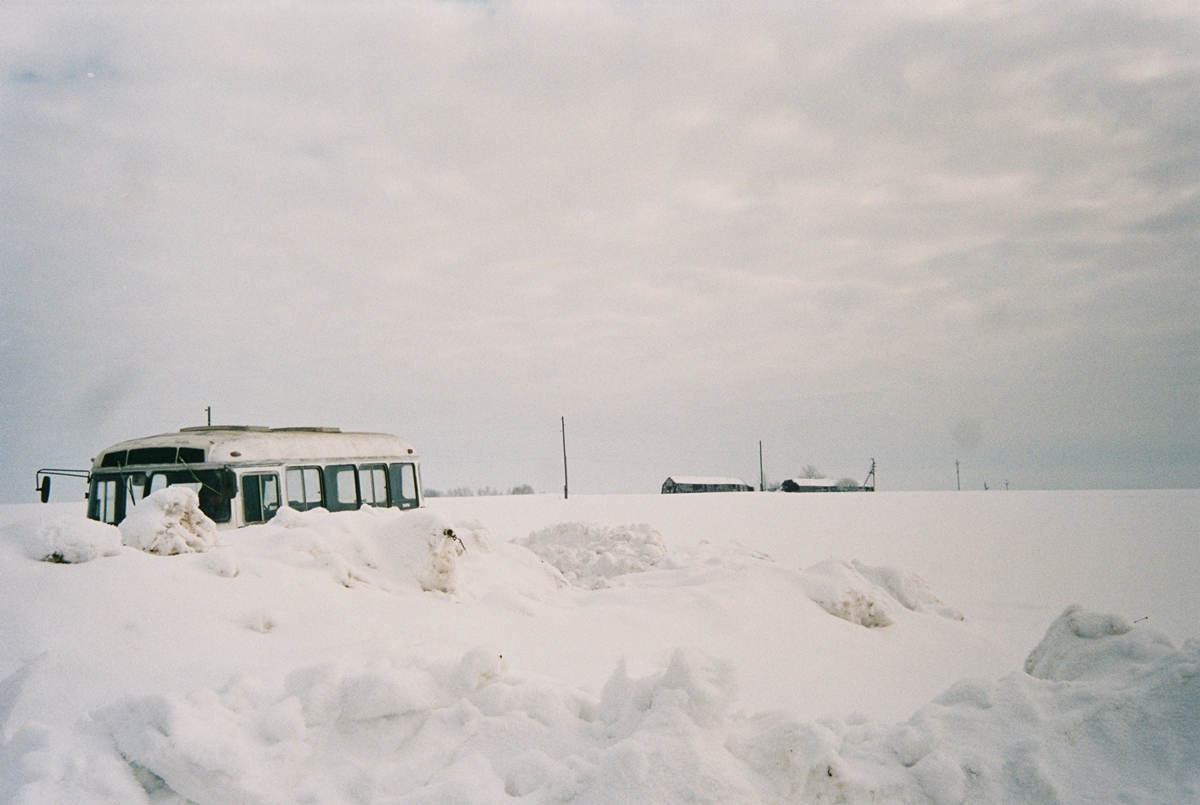 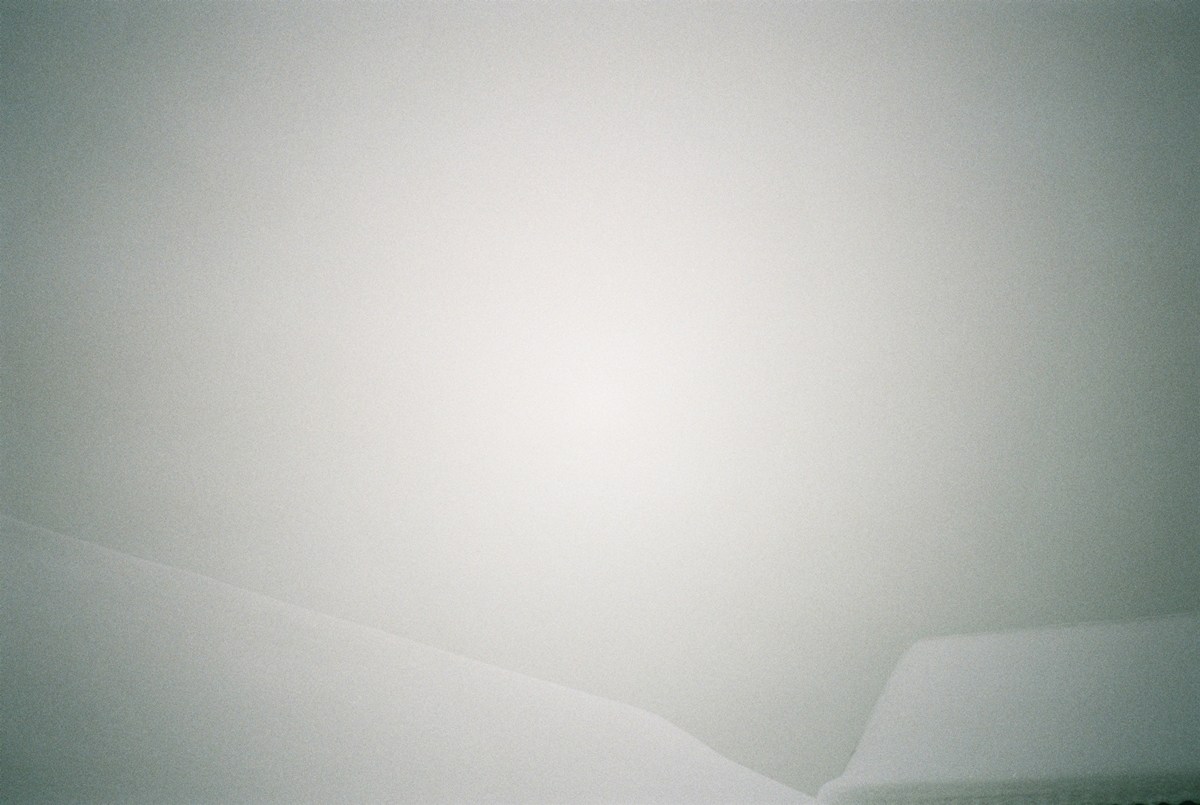 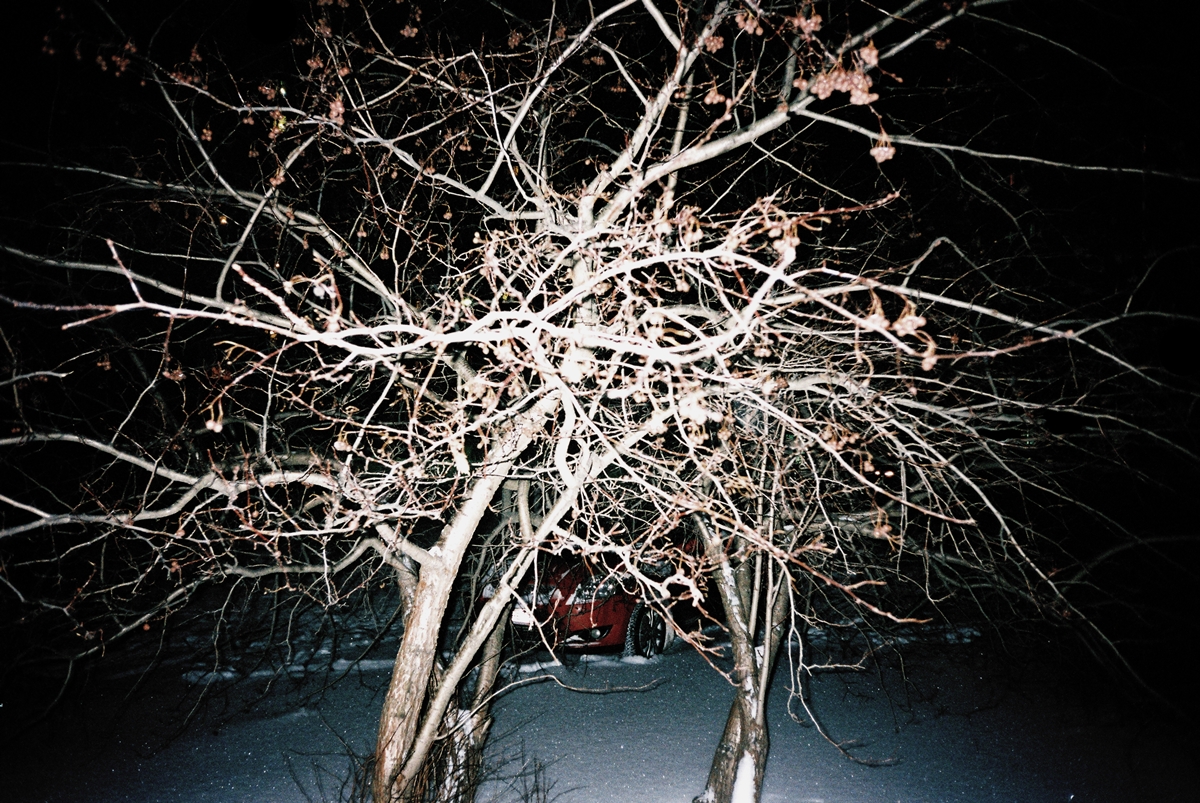 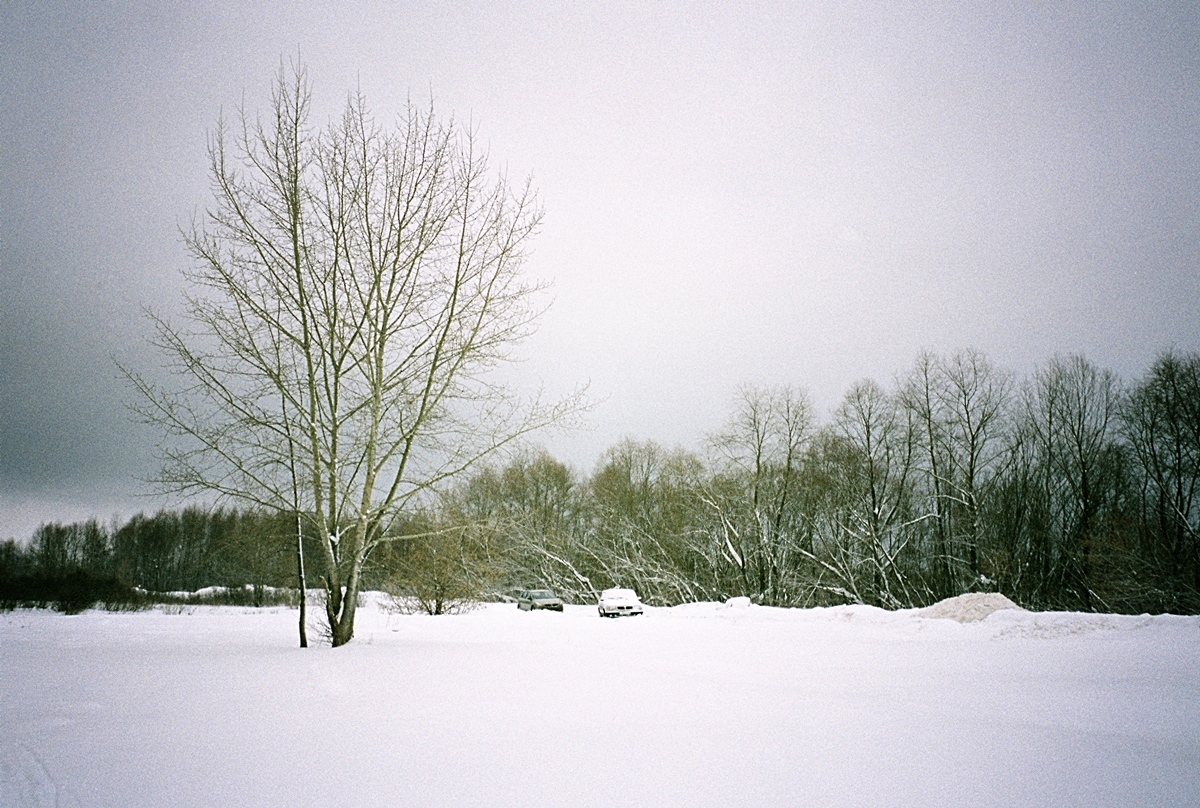 Where are our people then? They went down into the ground all the way from Sevastopol to the Arctic. The War. The War pays all scores. Even the bad poems written about it:

“Could the mother at the busy platform,
Seeing off her son, ever expect
Naming one of vibrant streets for Sasha,
As the town would pay him its respect…”

Alexander Pryazhennikov is now in the Hero Park – a Soviet memorial with nine shining busts – that is exactly the number of Heroes of the Soviet Union born in Glazov. All of which became Heroes “posthumously”. 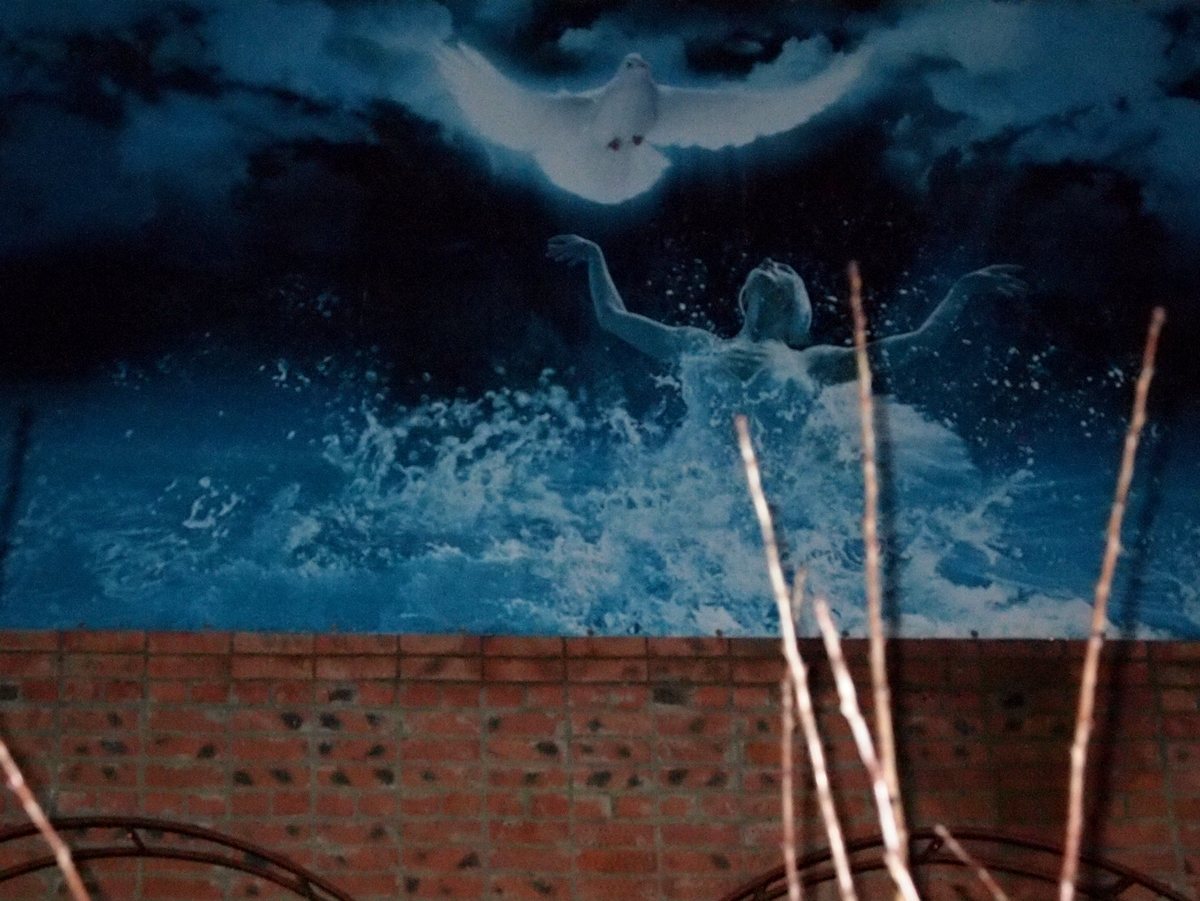 A hero is, in fact, a bogatyr. In Udmurt – a gondyr (which also means “a bear”). A Russophone ear is uncomfortable with the phonetic disharmony that hides a flow of sheer poetry: kizili – a star, zarez’ – the sea, ymit’ – anticipation.

Tired of trudging through a dozen and a half cases, the consciousness gives a native speaker the previously neutral, but currently insulting name “votyak”.

It is a shame to be a “votyak”. What it means at school is – tears and a broken nose. It only hurts more to be a “pyatashnik” (a “fiver”) – a pupil of the special school №5. It is all funny now, but back then, at the school stadium in the dark-blue twilight after classes – it wasn’t. 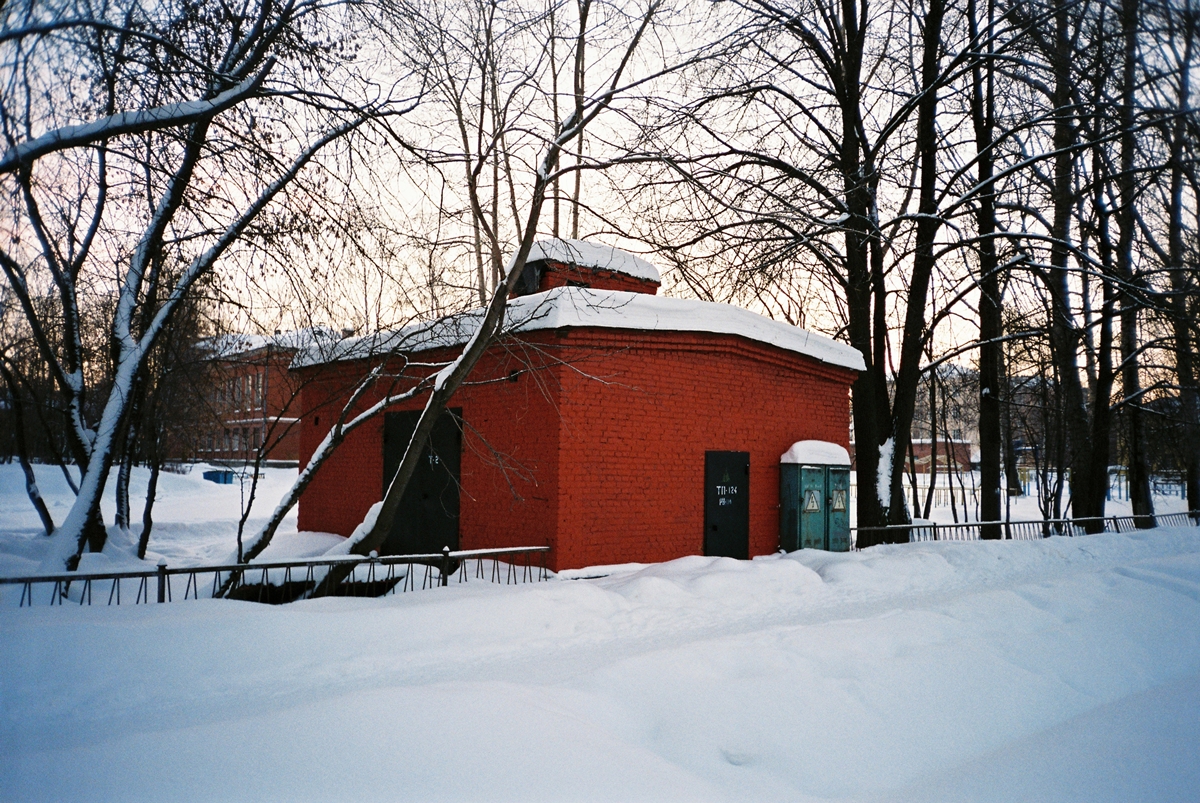 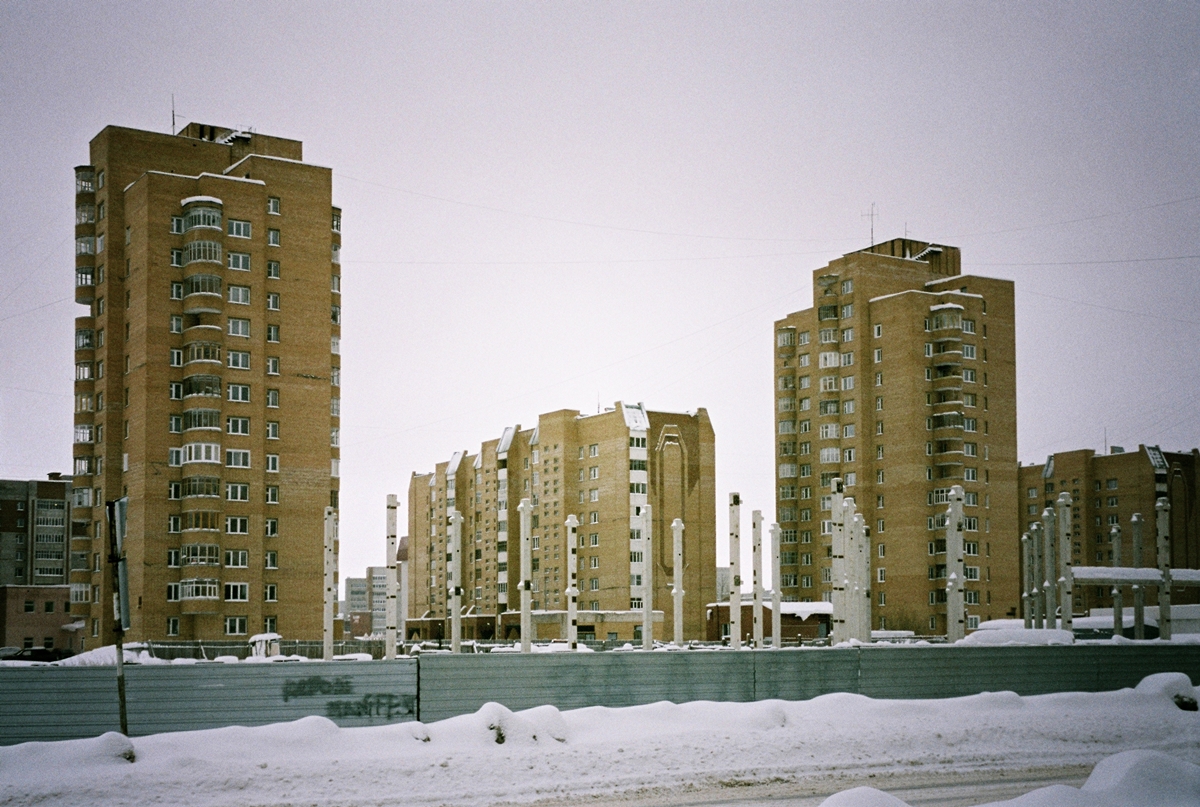 Closed until late eighties – the uranium production – the only reason this town ever gets mentioned in the world of the “big” history is the weird monument list. Or at least, it used to be. It turned out that the 10-feet monument to a bottle of vodka opposite the liquor production plant had been brought down. 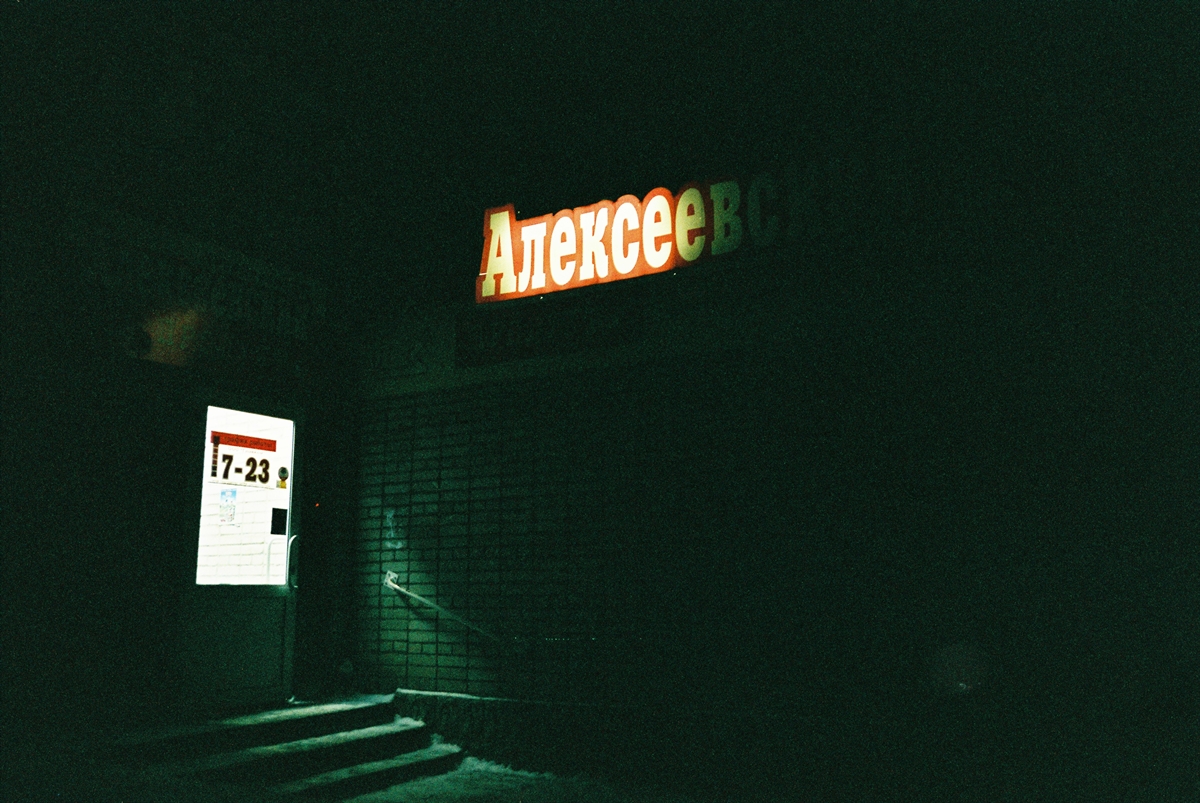 When I was a child, my “not real” Motherland was summer-dusty, with the rich cut herb odour, the river clam shells, the kebab house smoke on the Town Day, the heat-treated roofs, the fishing with my father and the dewy morning chill. 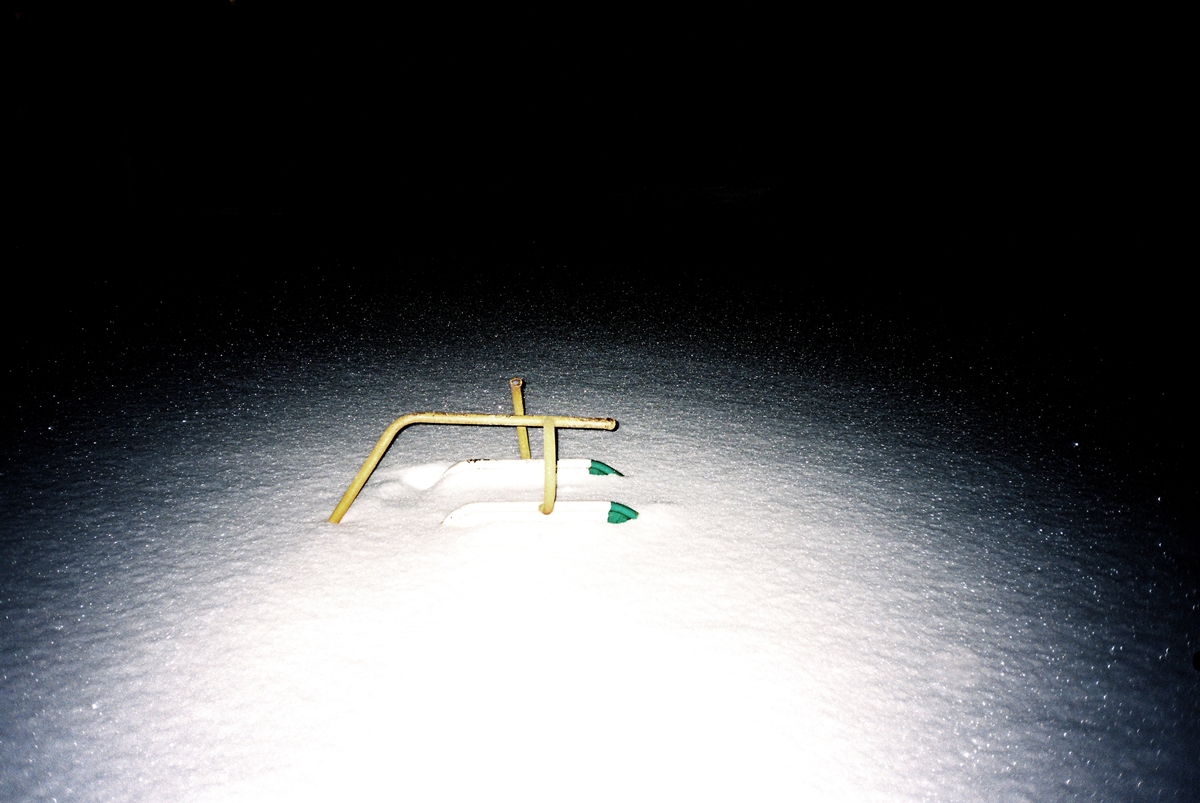 And now it is, like the memory in the famous song by Tariverdiev, “covered with such thick snows” – I manage to come here less and less often. Almost never in summer. Mostly in winter, when the low white sun lights the cold blue sky, when the wind hurries you from the other bank across the ice crowded with fishermen. Hurries you home.