Hudaiberdin street and the surroundings.

When I was entering Sterlitamak, I expected to see the regression, desolation and negligence of the post-Soviet reality. But I was wrong.

Two guys on the new BMW motorbike were advertising, with the help of the megaphone, the opening of the photography exhibition in front of the “Salavat” cinema. 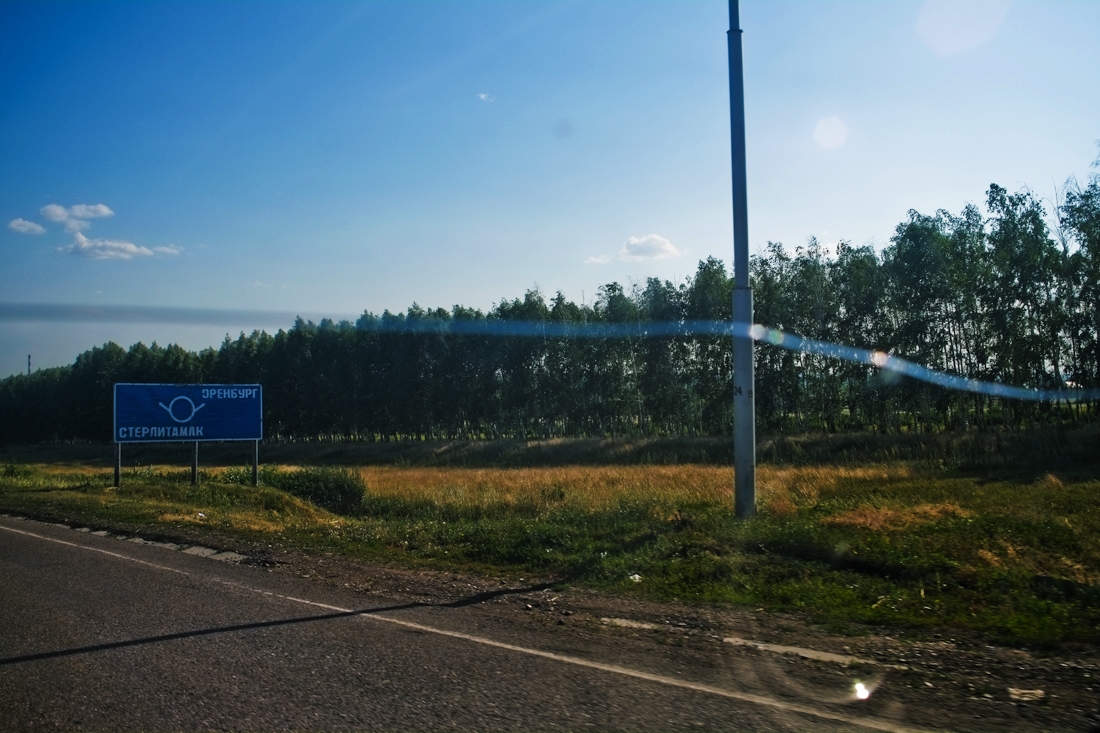 “The Vena coffee house”, turned out to be nearby, welcomed us with the European prices.

“Perhaps the influence of Moscow is stronger here, because “Soda” and “Caustic” belong to the Moscow shareholders” – I thought and read in the the menu – “Sincerely yours, chief cook Marko Yaandrich”. This is amazing. 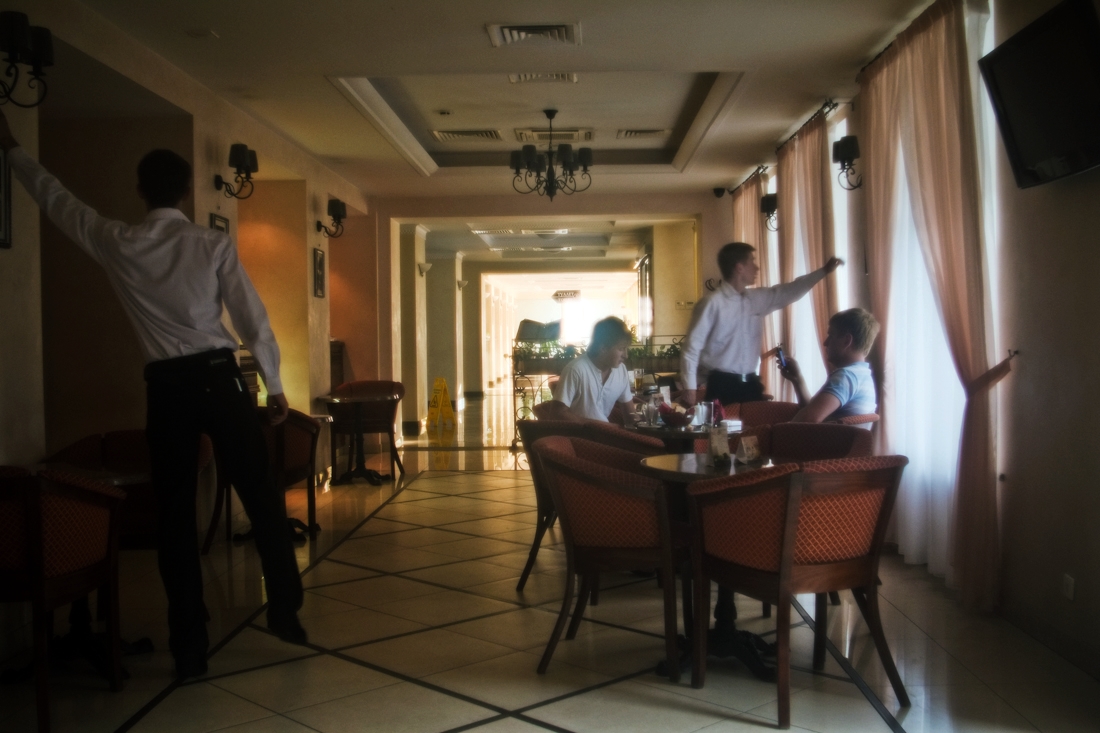 The waiters of the coffee house are extremely polite, also there are young people with the iphones and a foreigner. This man is wearing the elegant glasses, a shirt with a necktie, and he has a tablet computer.

It seems like we are not in Sterlitamak, but somewhere in Italy.

A woman with the cigarette holder is sitting at the next table. I’m addressing to these people and asking them if they are locals. It turns out that they are not. They are on a visit here.

They like this place, and they say that Sterlitamak became worse since 2008. As to me, the city creates absolutely advantageous impression. I hope this is not because of the summer and evening sunlight. 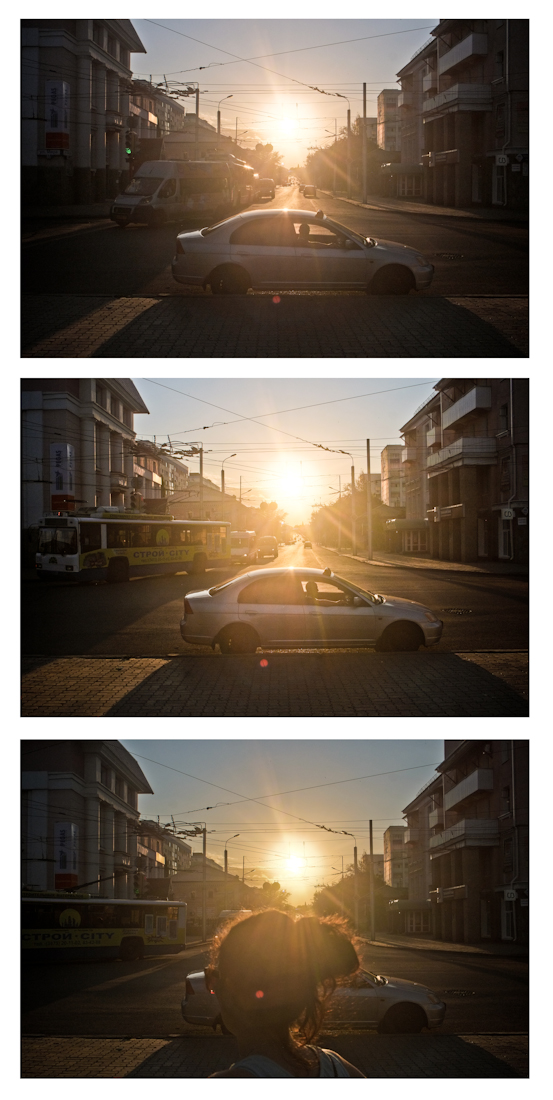 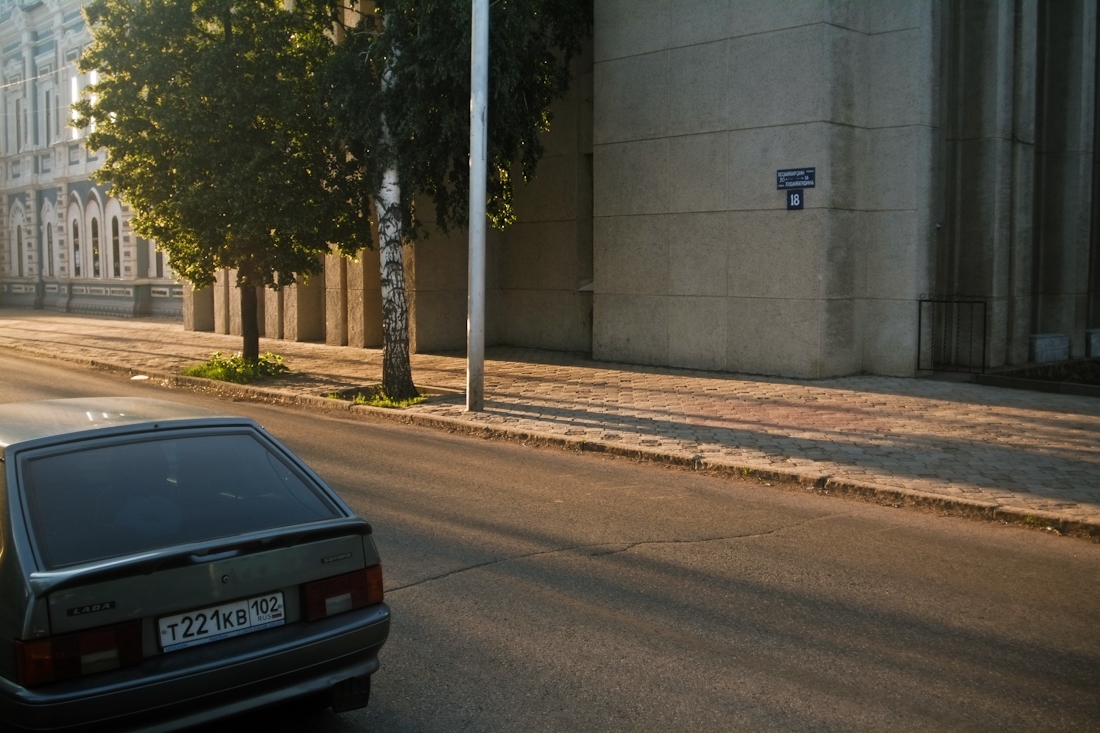 The woman with the cigarette holder from the Soviet avant-garde era happened to be from Irkutsk.

The toilet in “Grand Hotel Vostok”, which also includes restaurant and a coffee house, is better than in new Mariinsky Theater building. 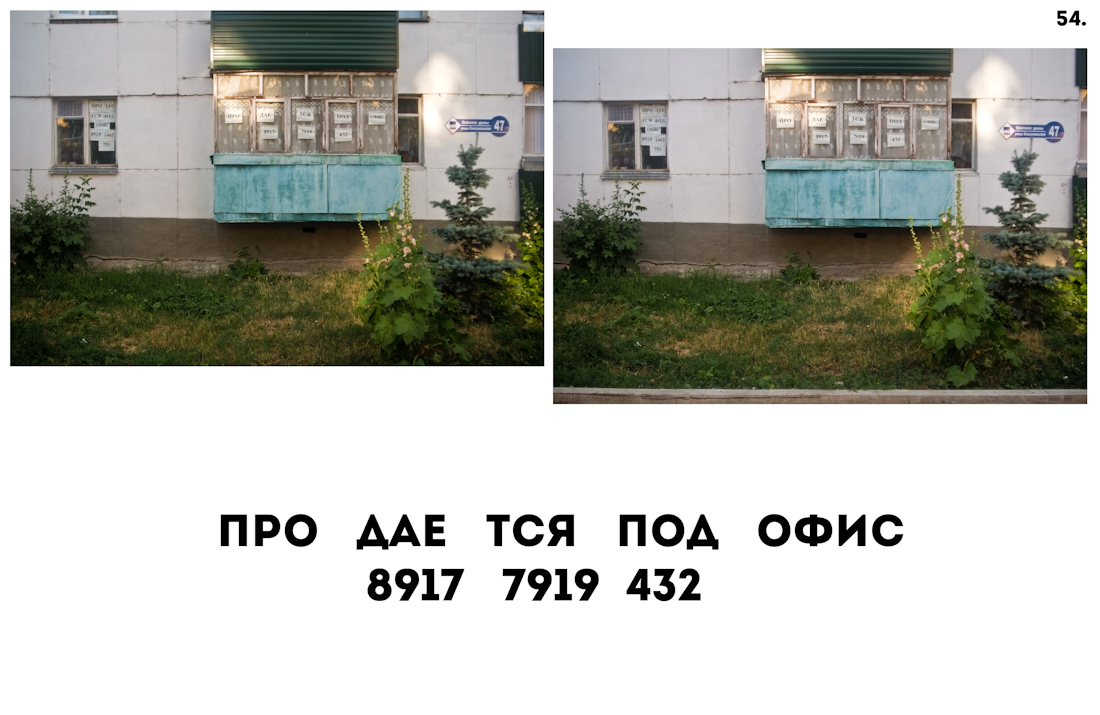 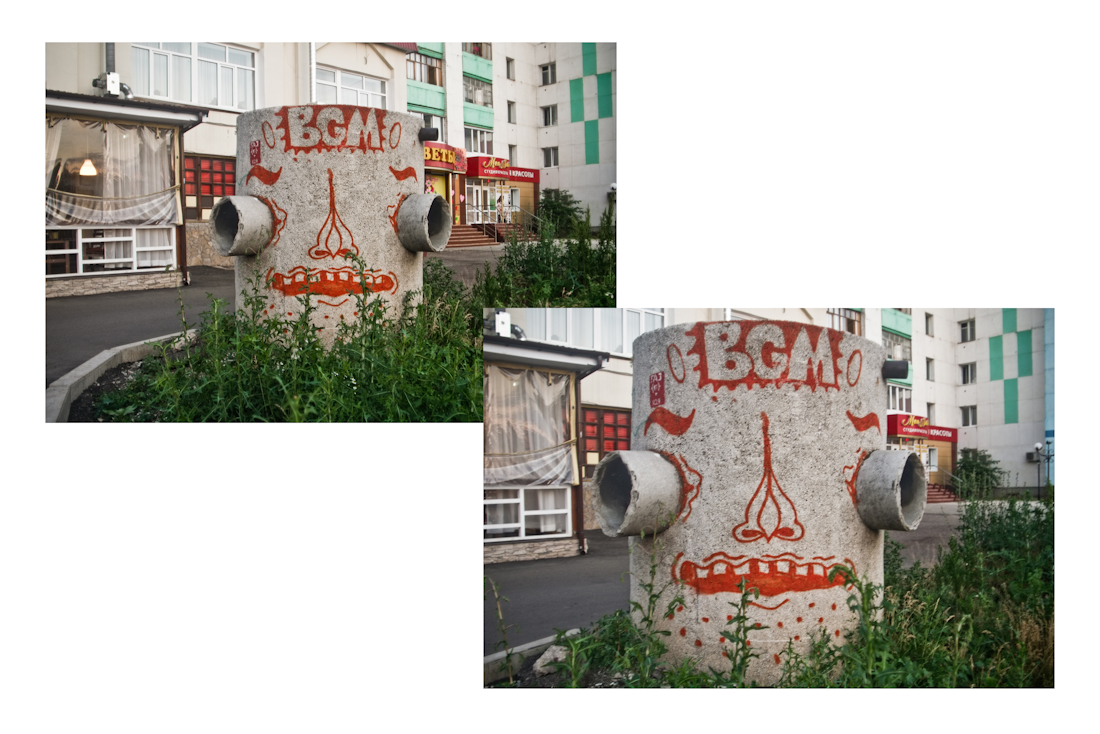 I like this place a lot. It’s calm, peaceful and cozy. In this part of the city. In the center.

It seems that you need to “belong” to such areas. Or you need to pretend that you “belong”. You need to speak the same language, not to be surprised by absurd and accept drunkenness as a norm of life. 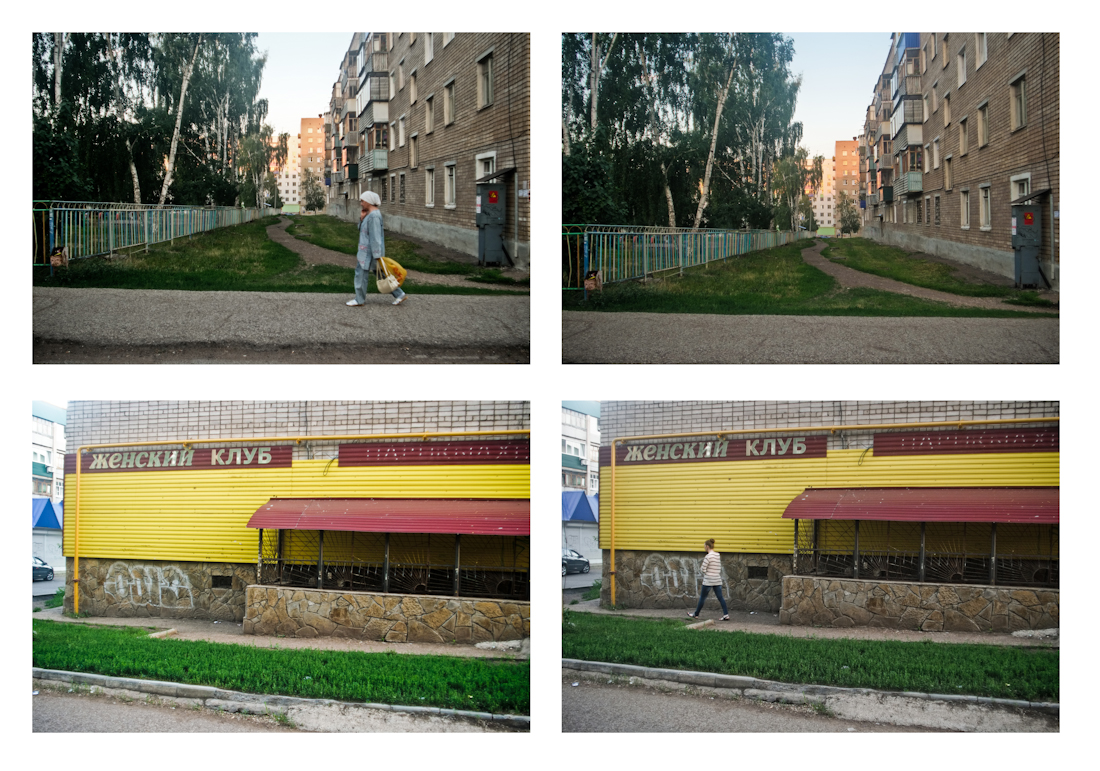 May be it is the same deep inside Romania. 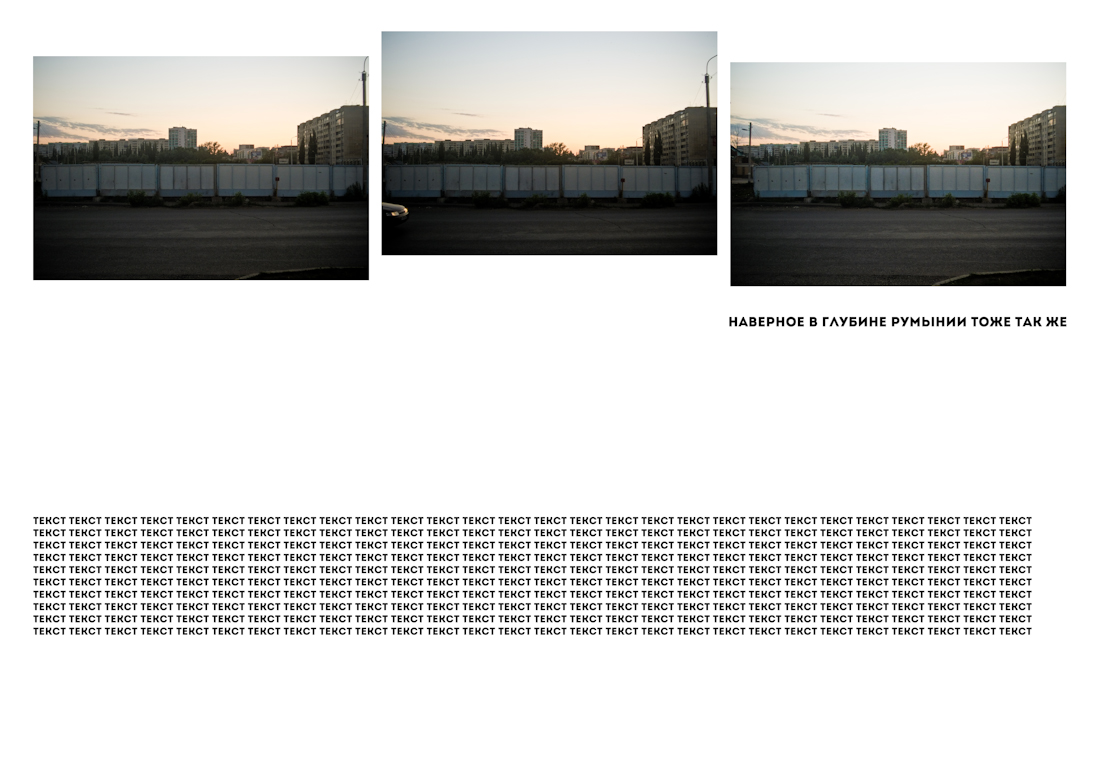 Here I’m recognizing a lot of familiar things which I’ve seen in my native Ufa fifteen years ago. Certainly, the visual scene of the city is filled the modern advertising and other bright spots. Some time ago my grandmother’s sister lived in Sterlitamak. I remember nothing from my visits twenty years ago. But yet, subconsciously, I’m still looking for their house.