Ural monotown and thirst for the fine.

Semyon Dedyaev was born in Karabash.At the age of 3 or 4 years old, mother took him to show the work of hers, Karabash clothing factory, specialized in sewing of jeans (oh yes, the real ones!) for the Soviet citizens and neighboring countries. Since then the boy discovered surprising thirst for sewing. When the time to decide his professional future was up, he went to college to achieve the degree of welder. That wasn’t surprising for Karabash, the city of metallurgists. Instead, he switched his mind to become a fashion designer, and since then, slow, but persistent movement to dream began. The dream was about sewing clothes, by all means. 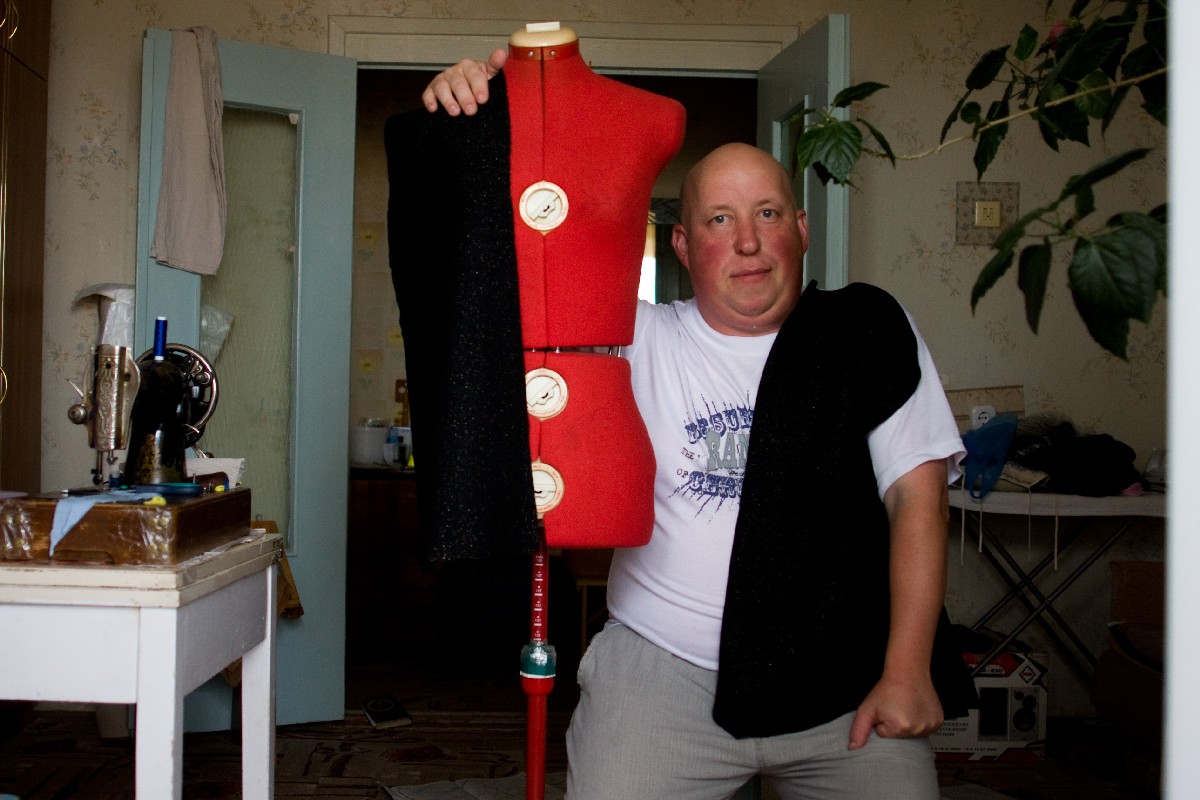 Semyon was taken as a local wonder. People watched amateur exhibitions of new collections, which were arranged in local school. Once there even came a film crew of the central TV channel. Chelyabinsk editorial office of “Komsomolskaya Pravda” wrote about the odd fellow, gas pipe racker, (it was necessary to master such a practical profession), dreaming of a podium and personal fashion house. Semyon didn’t get any financial support; therefore he got over to Zlatoust, which is twice bigger and busier.

Decay and poverty of Zlatoust, the typical problem of any Russian mining town, is compensated by greatness of the nature and pride of former merits. This very place witnessed, how the artist-armorer Ivan Bushuyev surpassed in skills his German teachers and created the Russian school of an engraving on steel in the 19th century. He immortalized battle scenes with participation of simple Russian soldiers, on blades. The decorative weapon is the calling card of Zlatoust. Town has got two plants – metallurgical and machine-building.
Machine-building plant was once the manufacturer of Maxim’s machine guns, Tokarev’s rifles, machine guns of Kalashnikovs, ballistic missiles for navy. During the tough 90-s, due to state funding cut-off, the plant produced “Dream” electric hot plates, which are used in every Zlatoust house. 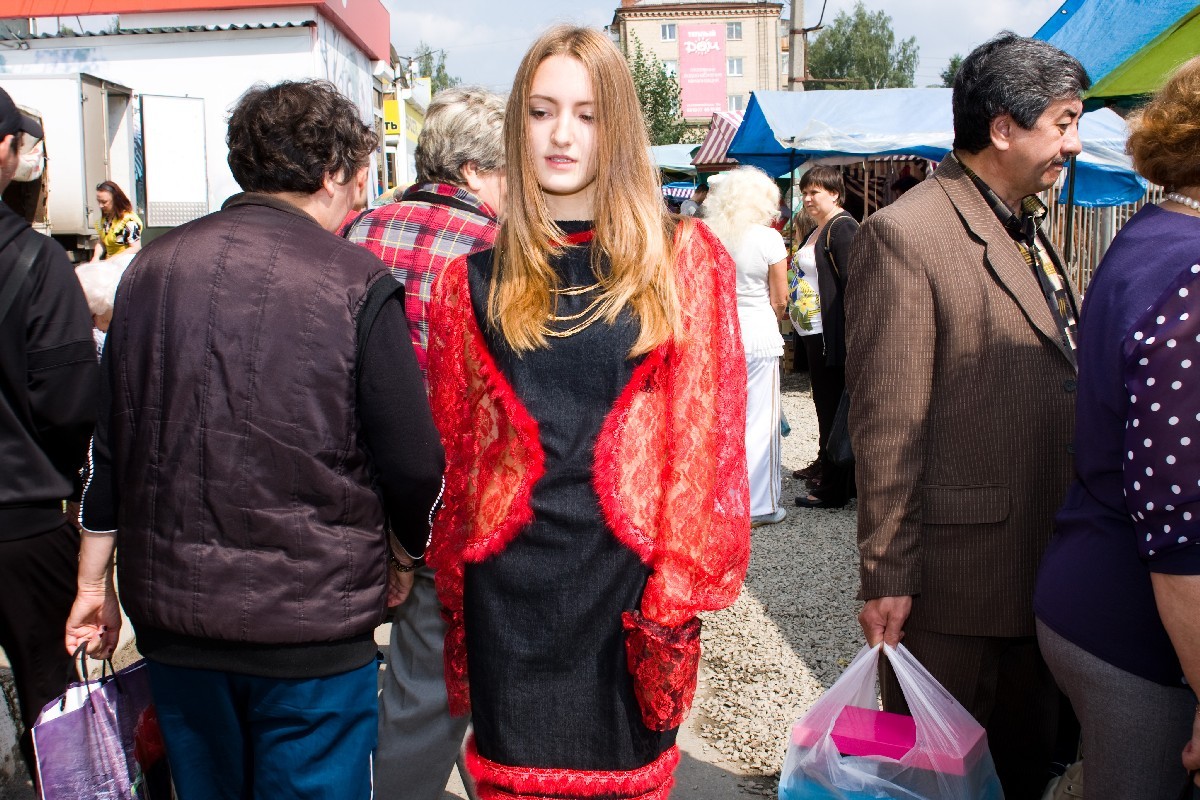 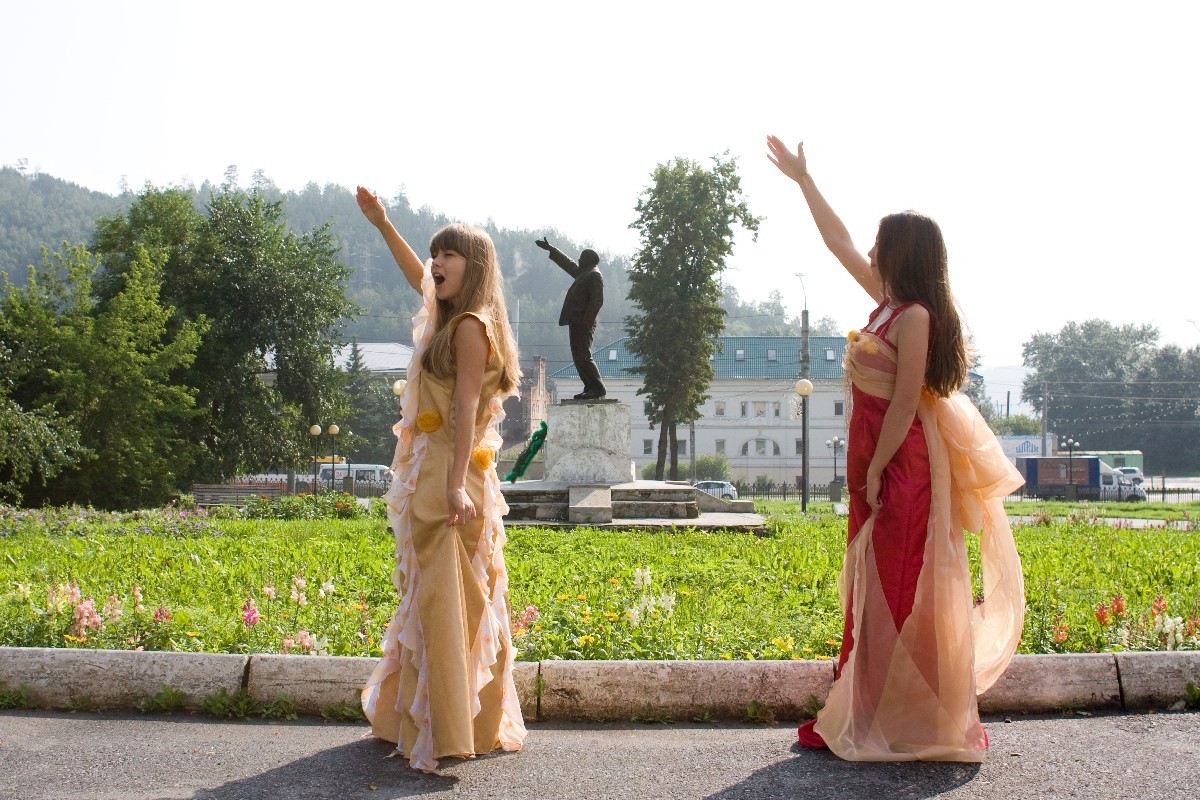 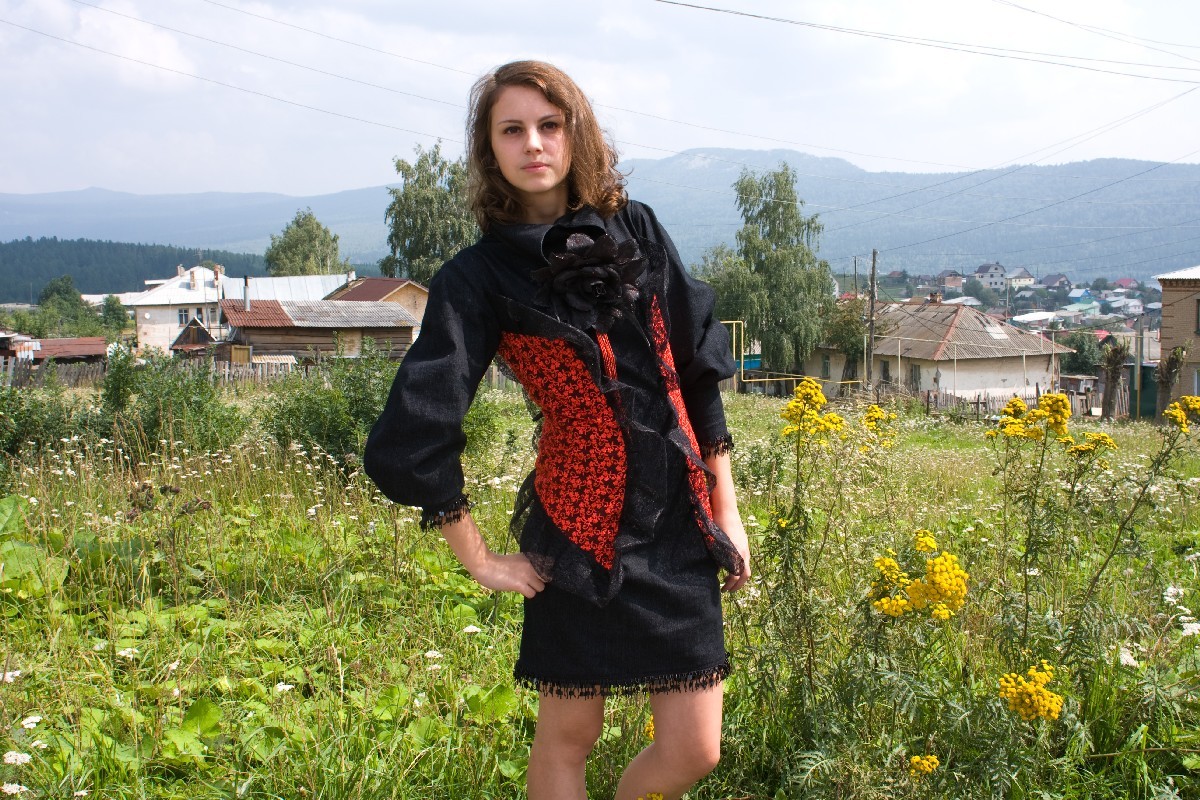 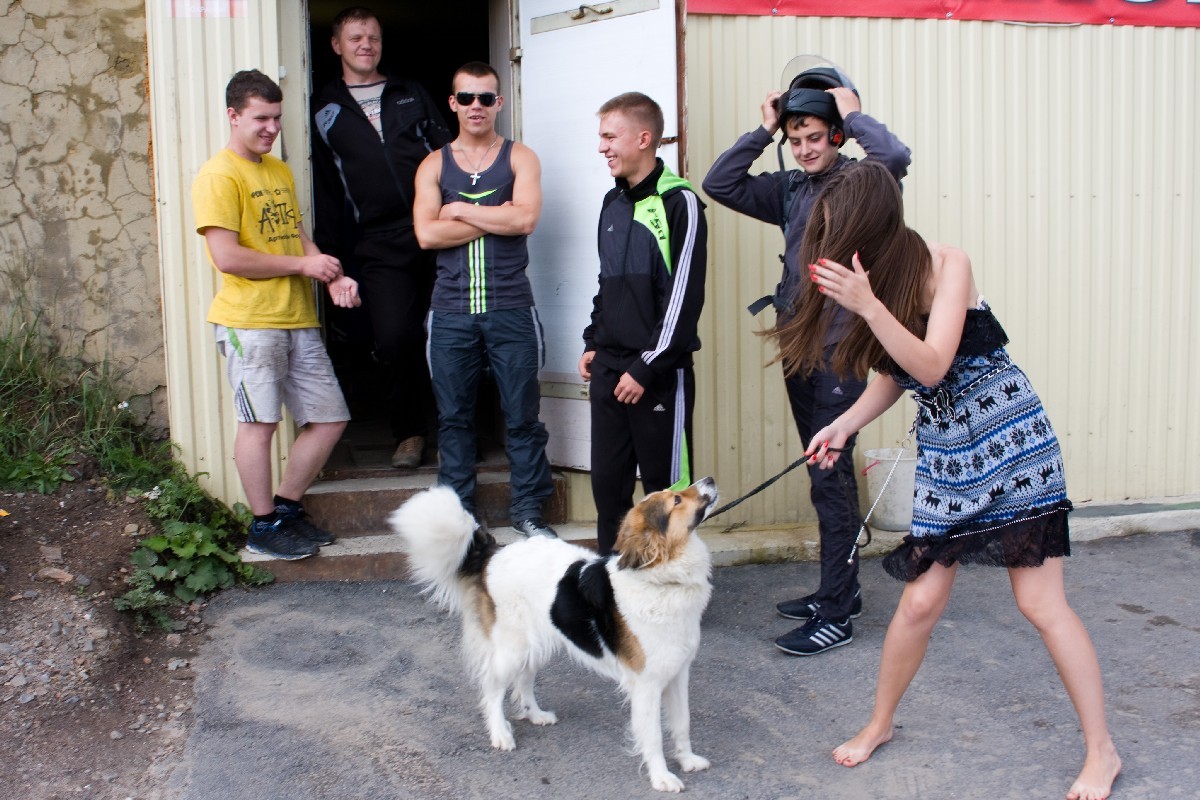 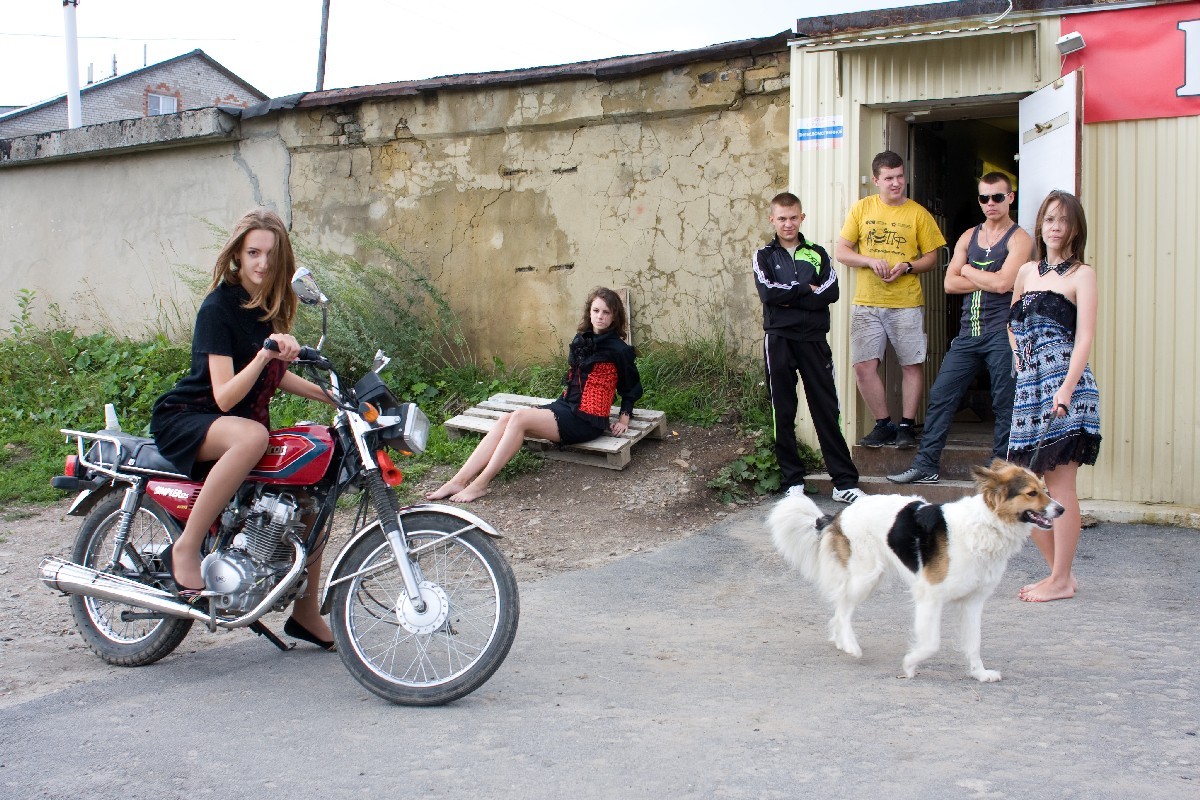 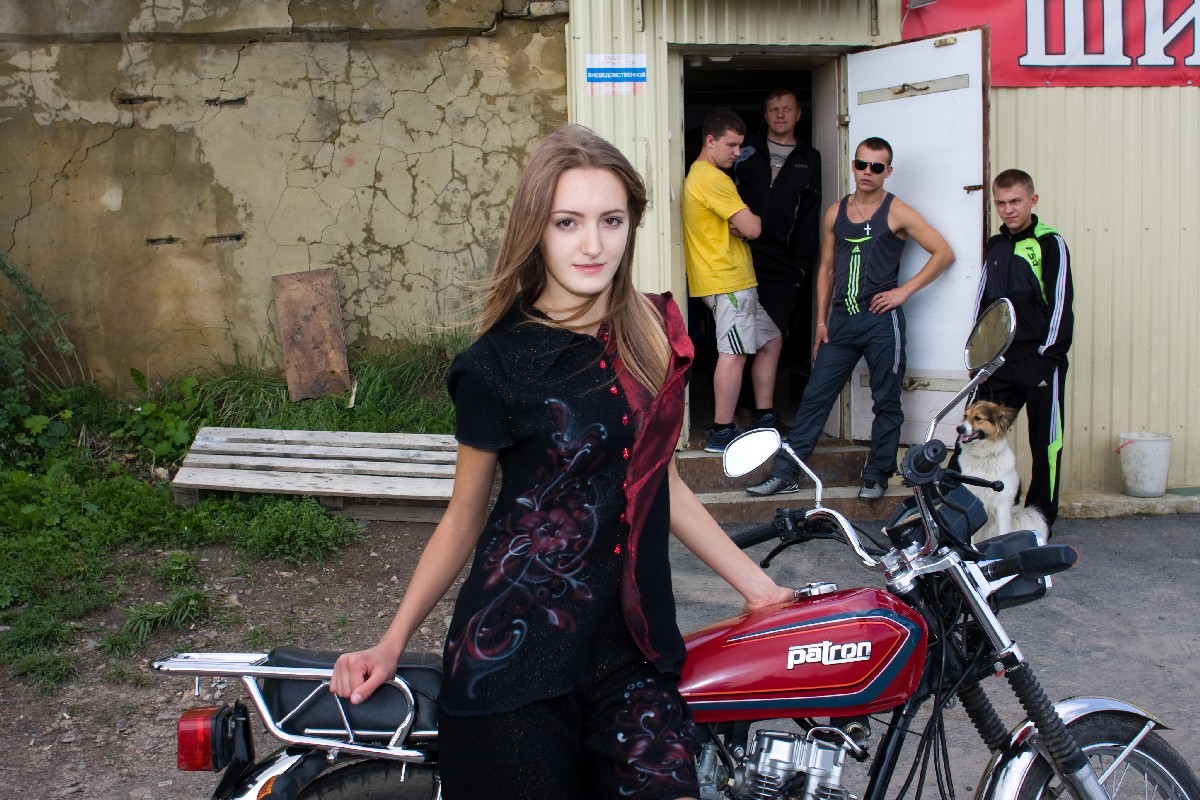 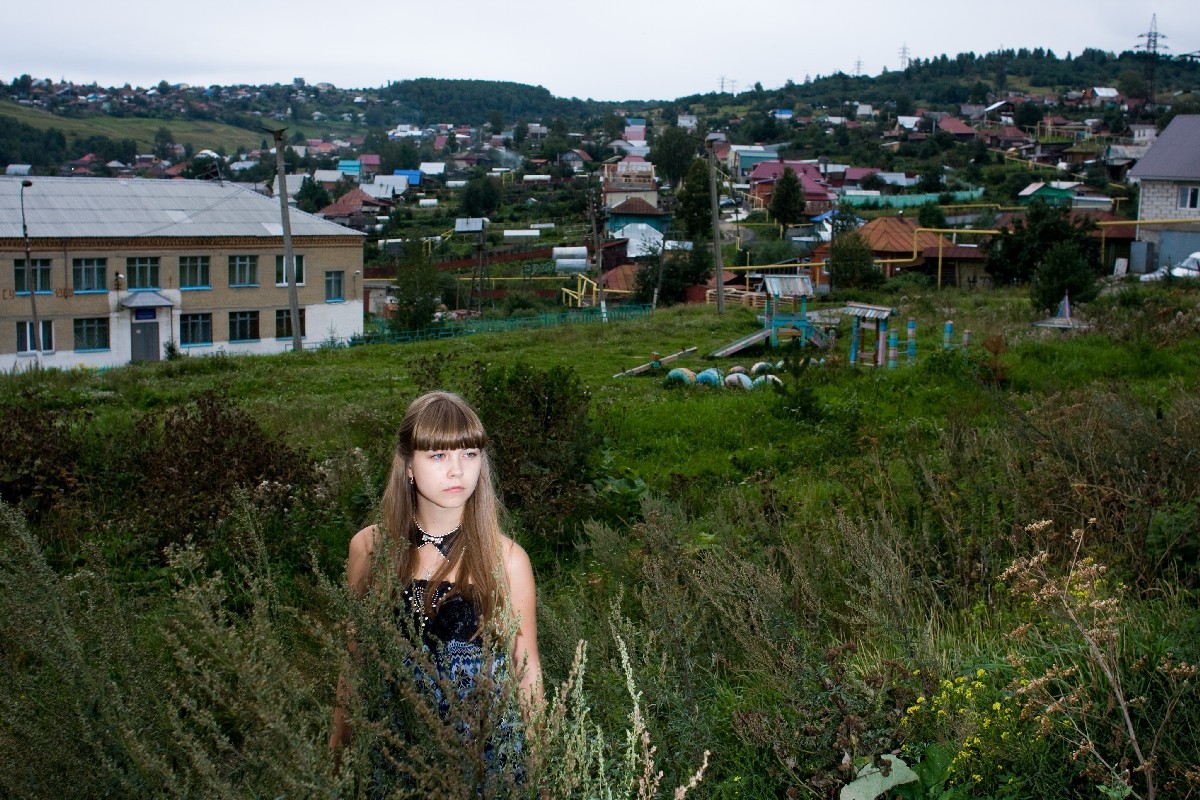 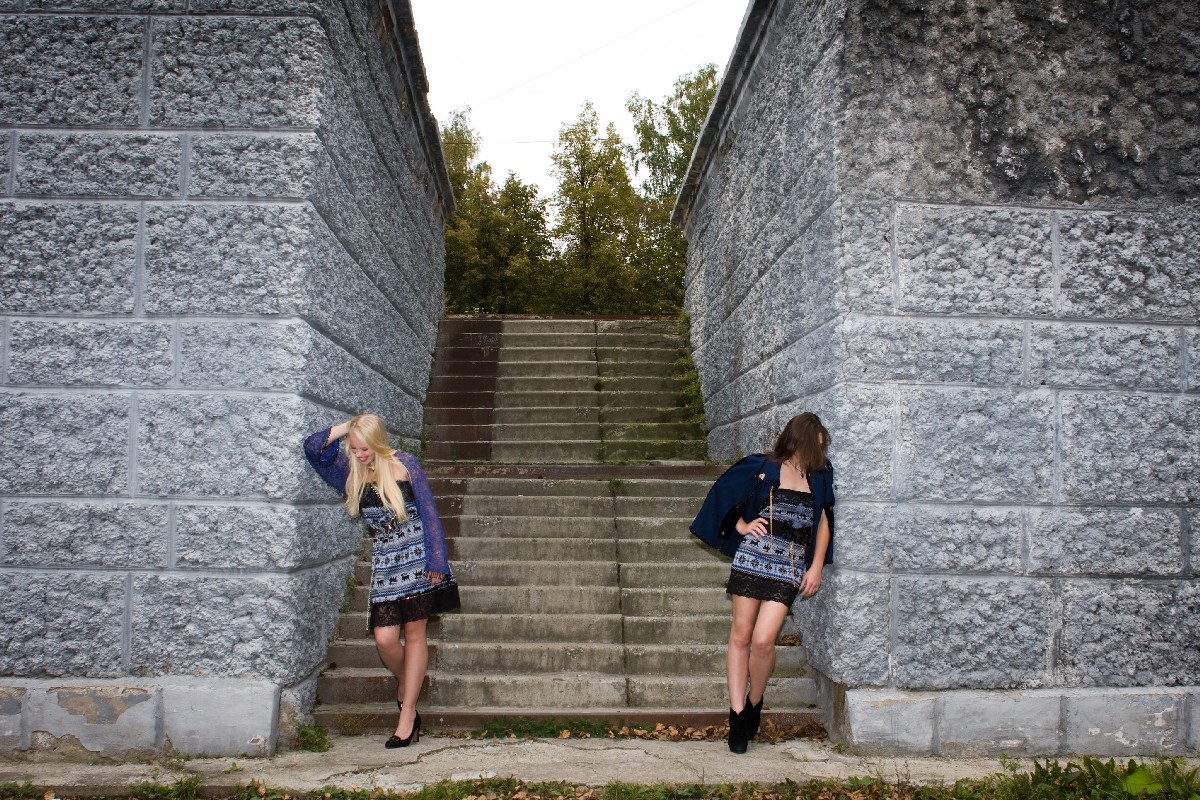 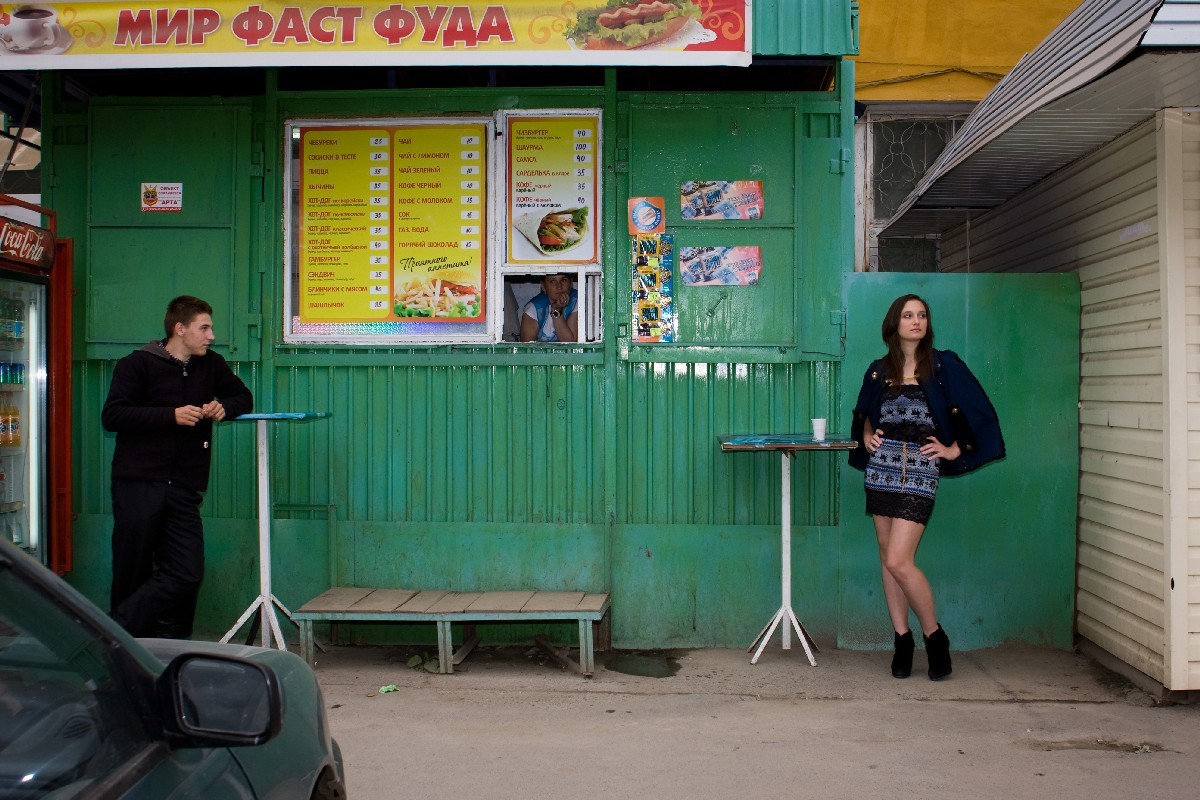 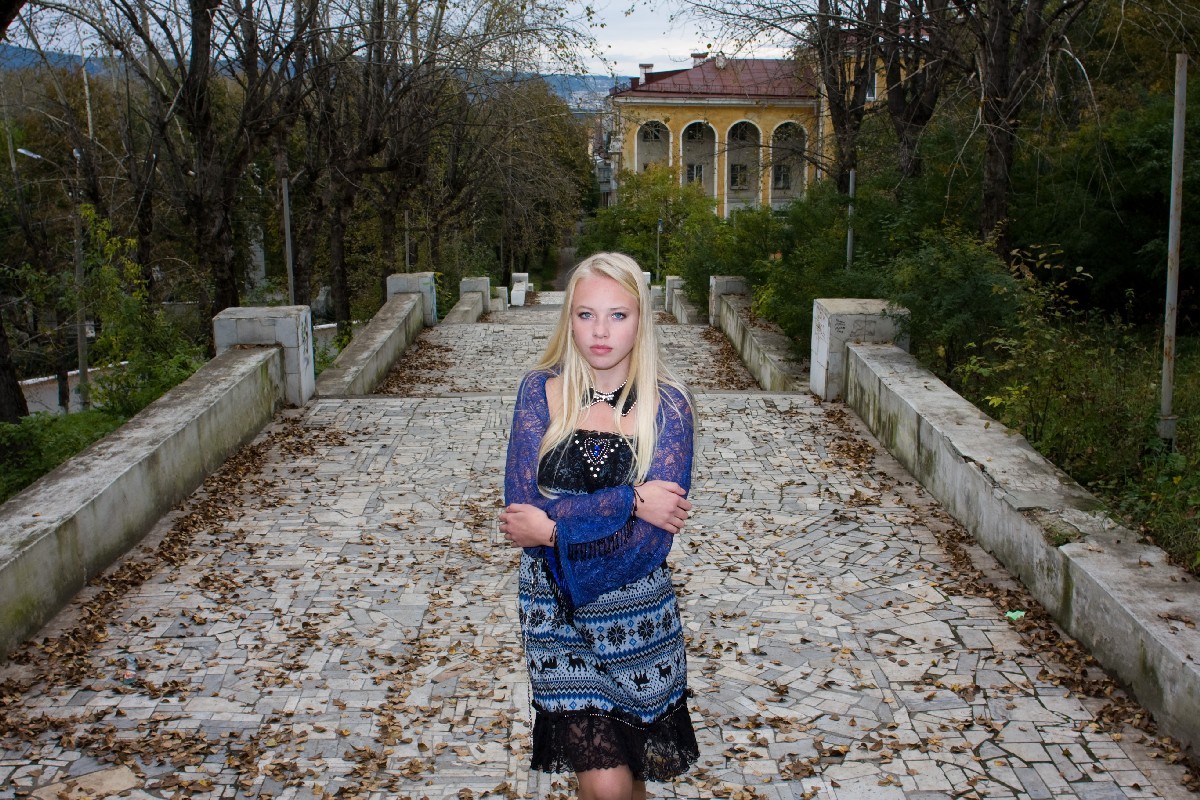 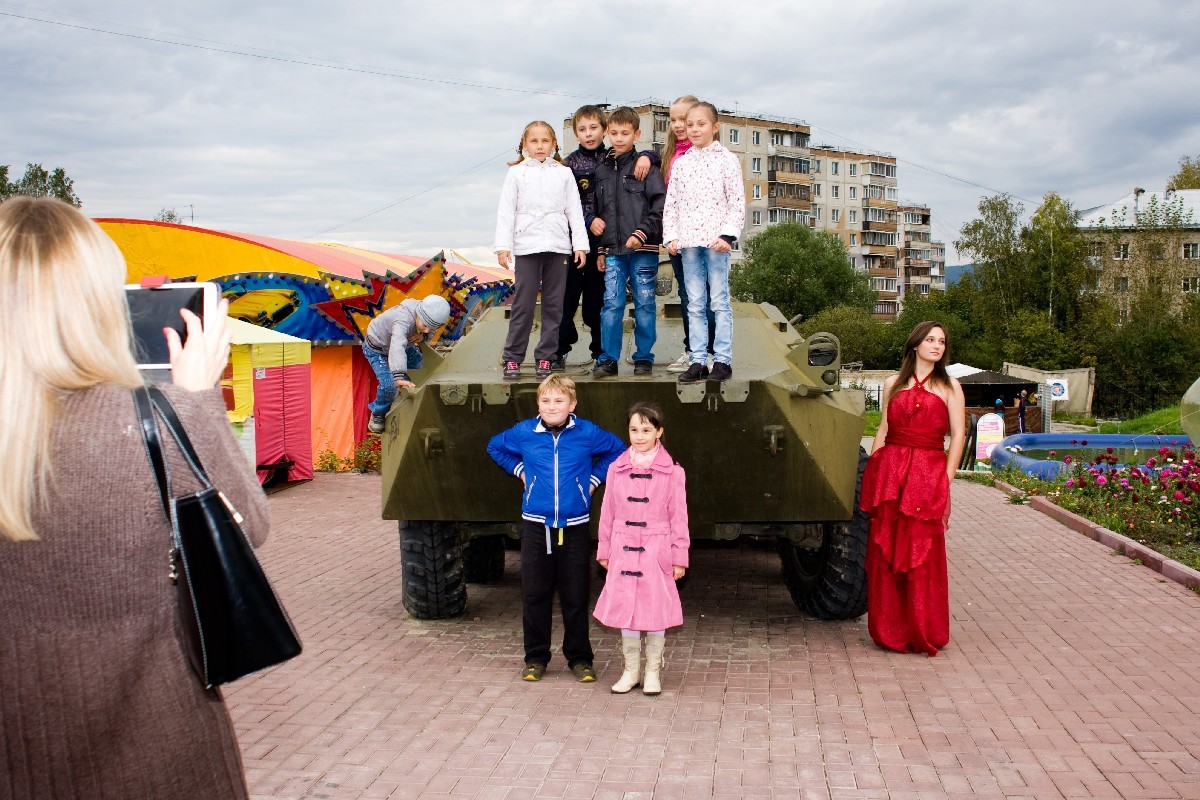 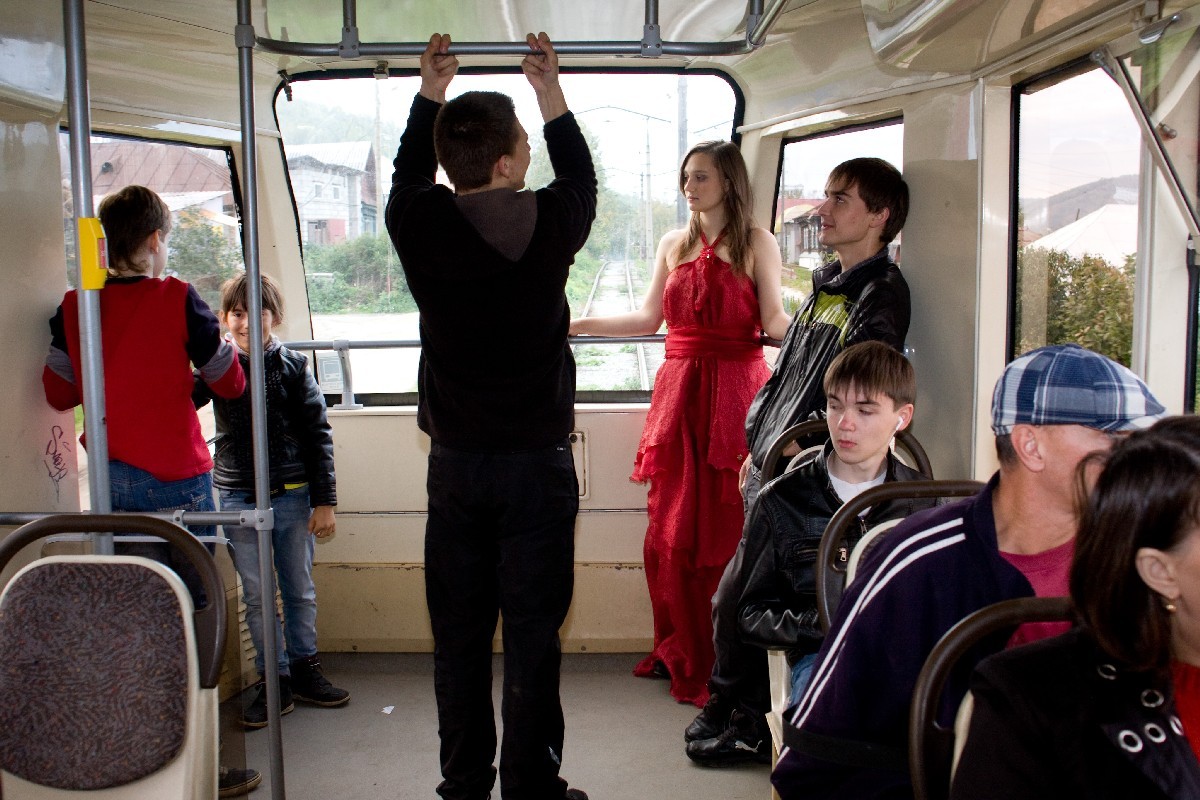 Semyon suggested me to shoot his clothing collection, and I decided to tell about the town the particular way. Marina and Eugene Turetsky helped with arrangement of shooting. These folks arrange fashion exhibitions here and in neighboring towns. They are planning to establish South Ural clothing boutique, selling clothes of local designers. Now they are engaged conducting lessons at the models school (they reasonably considered to prepare local pool for the South Ural fashion industry). 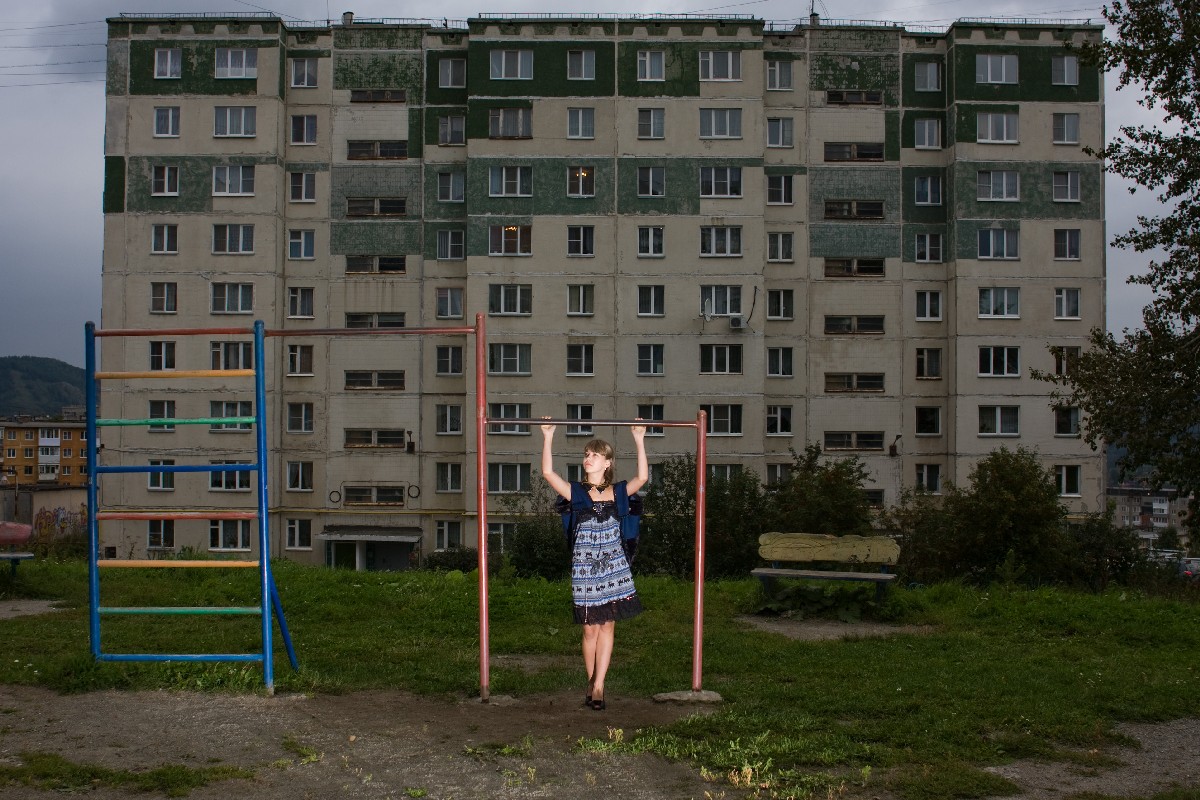 You couldn’t call it the real fashion shooting, of course. Everything, that could prevent creating a serious fashion project, became part of the concept: shoes, forgotten by models, casual people, who had to react somehow to our actions, the live emotions of young women, caused by an oddness of the situation. Zlatoust pattern conflicted with our behavior, girls, appearing as models, turned into an alien, defiant element. A gap occurred right in between what we did and the reality was. It’s especially interesting to consider the town and pursuit to beauty, which is out of interest and shown in freakish forms, from that point of view.